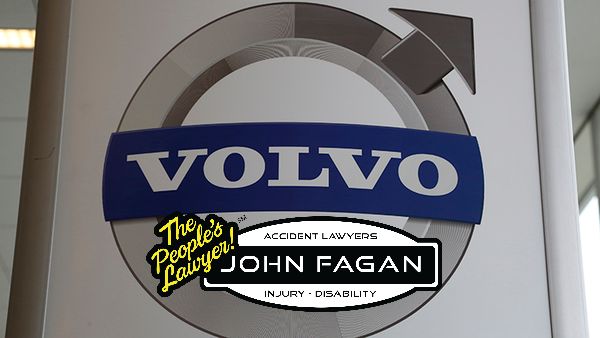 Volvo says it plans to offer only hybrid or full-electric motors on every new model launched in 2019 or later, including five electrics it expects in its lineup by 2021. Though the company will continue to produce full-combustion versions as it makes the small upgrades automakers introduce with each new model year, when a major revamp occurs (typically every seven years) it will no longer offer that option. That means that by about 2025 Volvo will make its last full-gasoline or diesel car — the first major manufacturer to make such a pledge.

Though electric cars have been around since the 1800s and have gotten a lot of attention in the past half-decade or so, they’re still just a fraction of the overall market as drivers balk at high prices and limited driving ranges. Battery-powered autos made up about 1% of sales in the U.S., Europe and China last year.

Government push
And even those tepid sales figures are largely driven by government prodding. China, in an aggressive push to fight smog, plans to impose quotas for battery-powered cars that will effectively force manufacturers to sell electrics. In Europe, where regulators have relied on diesel to reduce pollution, stricter rules that take effect in 2020 will cut limits on carbon dioxide emissions by a third — a threshold that’s almost impossible to meet without fully or partly electric engines.

In the U.S., though President Donald Trump has promised to scrap rules that would require automakers to almost double gas mileage, California is leading a push for even stricter standards. Its regulations will require about 15% of cars and trucks sold in 2025 to be zero-emission — meaning they’ll almost certainly run on electricity. At least nine other states have embraced California’s lead.

Consumer resistance is starting to ease as tighter regulation forces carmakers to lower costs, improve batteries, and come up with better designs. Goldman Sachs Group Inc. estimates about a quarter of cars sold globally by 2025 will be hybrid or electric.

Tesla is scaring traditional automakers into action. BMW says the electric iNext will replace the 7-Series as its flagship in 2021 and expects battery-powered cars to account for some 25% of its sales by 2025. Volkswagen, in an effort to overcome revelations that it cheated on emissions tests for millions of diesels, is accelerating its rollout of electrics. The Audi luxury brand will introduce its first all-electric model, an SUV, in 2018, followed by another two battery-powered vehicles by 2020. In 2019, VW’s Porsche unit will introduce the all-electric Mission E. Then in 2020 the VW car brand will roll out the first of four electric cars it’s planning.

Cut Prices
Automakers understand that they must cut prices and improve driving range for consumers to really embrace the technology, and they’re starting to deliver. GM late last year introduced the all-electric Chevrolet Bolt, with a range of 238 miles and a price tag of $38,000. And Volvo CEO Samuelsson said vehicles must have a range of at least 350 kilometers before they’ll gain broad acceptance, a target he says his cars will meet.

A big hurdle will be the cost of developing electric technology. Daimler AG has budgeted 10 billion euros to develop 10 new electric models by 2022. BMW’s profit margins are at their lowest since 2010 due to increased spending on electrics.

The shift to greener cars will squeeze profits across the industry for years to come as manufacturers develop both electric and traditional combustion engines before battery-powered vehicles become economically viable. That turning point to profitability is likely to come around 2020, according to VW brand chief Herbert Diess.

“For us and for many of our competitors,” Diess says, “this time will be an enormous challenge.

Volvo, owned by Chinese billionaire Li Shufu, understands those cost considerations but Samuelsson says he has the financing to make the shift. While the uncertain forecast for prices of batteries makes it difficult to predict the cost of the endeavor, he says he’s confident the move will benefit the brand.

Like its recently deceased Swedish cousin Saab, Volvo has built a loyal following with its boxy, no-nonsense design, a reputation for reliability, and cutting-edge safety features (Volvo invented the three-point seat belt in the 1950s.) Volvo has enjoyed a revival in recent years with a focus on SUVs like the XC60 — since 2009, its bestselling model.

Volvo in April said its first electric vehicle will be a Chinese-made compact expected to hit the market in 2019. The model, to be sold globally, will be based on the basic design of the company’s XC40 compact SUV.

“We want to be a leading brand in terms of responsibility, safety and sustainability,” Samuelsson said. “So we think this suits us perfectly.”

Copyright 2017 Bloomberg. All rights reserved. This material may not be published, broadcast, rewritten, or redistributed.