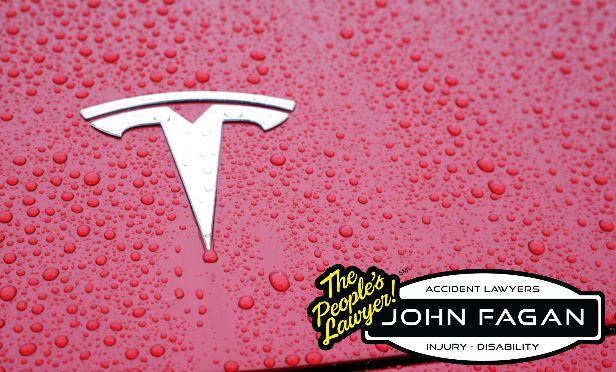 A man was killed on Friday after he drove his 2018 Tesla Model 3 under a 2019 International LT truck. (Photo: Qilai Shen/Bloomberg)
The U.S. National Transportation Safety Board (NTSB) said it’s conducting an investigation into Friday’s fatal accident in which the roof of a Tesla was sheared off in Delray Beach, Florida, during a collision with a commercial truck.

The NTSB, in cooperation with the Palm Beach Sheriff’s Office, is sending three officials to help with the probe, it said on its official Twitter page. The National Highway Traffic Safety Administration (NHTSA), part of the U.S. Department of Transportation, is also sending a field team to investigate the crash.
Tractor-trailer was turning left
A man was killed on Friday after he drove his 2018 Tesla Model 3 under a 2019 International LT truck. According to an account from the Sheriff’s Office, the tractor-trailer was turning left and pulled into the path of the Tesla, which eventually came to a halt three-tenths of a mile south of the collision, where the driver was pronounced dead on the scene.

It wasn’t immediately clear if Tesla’s driver assistance feature known as “Autopilot” was enabled. Tesla declined to comment late Friday.
Investing second Feb. 24 Florida crash
NHTSA said in a statement that is also has an ongoing investigation into a Tesla Model S crash in Davie, Florida, on Feb. 24, and will take additional actions if appropriate.