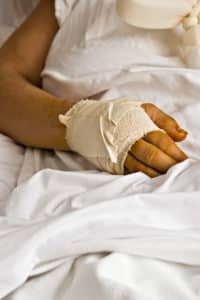 the same area later, complications can arise in the disposition of the original case. An experienced Orange Park injury lawyer is able to work through these complications.

Your Orange Park injury lawyer might describe a case in which a client who sustained a back injury in a rear-end collision reinjures his back when he slips on his icy doorstep. His doctor begins treating him in August and continues through January, which is when he slipped. The doctor will find that keeping the two injuries separate is problematic. When the insurance company reviews the claim, they may put more weight on the slip-and-fall than on the auto accident. This may cause the settlement offer to drop in value.

Injuring a Different Part of the Body

In this situation, your Orange Park injury lawyer must show that a second injury to another part of your body is not unrelated to the first incident as it may have exacerbated the injuries you sustained originally. Conversely, the defense attorney must demonstrate that the two incidents are unrelated.

Imagine that the victim’s neck, back and shoulders are damaged in a car wreck, and the result is chronic pain despite months of therapy. If sometime after the incident the victim falls down a flight of stairs and breaks his clavicle, proving that the fall was not the cause of the original injuries will not be easy.

Testimony from witnesses or your physician describing the difference between the first and second set of injuries or medical documentation that provides evidence that you did not complain of reinjuring yourself the second time might be useful in your claim.