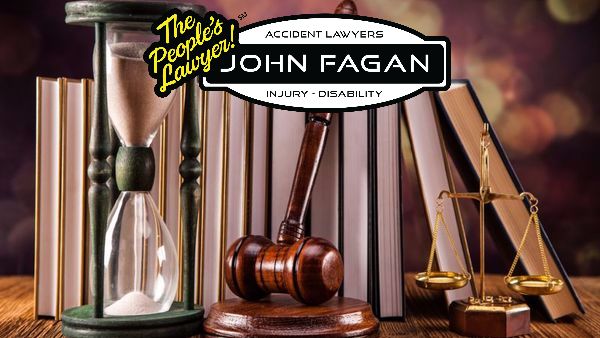 The trial judge has indicated she will also award the plaintiff as-yet-undetermined attorney fees because Nationwide turned down a 2011 offer to settle the case for $4.5 million. (Photo: Bigstock)
The Eleventh Circuit Court of Appeals has affirmed a more than $8.2 million judgment against Nationwide Insurance in a contentious and closely-watched traffic fatality case.

Defense attorneys had characterized the case as a prime example of “set-up” cases in which lawyers use time-limited demands to gin up bad faith claims against insurers. But the appeals court rejected that claim and left Nationwide on the hook for a jury award of more than $5.8 million plus interest that — as of last August — totaled more than $2.4 million.

The Georgia Chamber of Commerce last year filed an amicus brief on Nationwide’s behalf terming the case an example of a “recent epidemic of bad-faith litigation in Georgia.”

The case revolves around the use of so-called Holt demands, named for the 1992 Georgia Supreme Court decision in Southern General Ins. Co. v. Holt, 416 S.E. 2d 274. That opinion upheld a jury verdict that an insurer had demonstrated bad faith when it failed to timely respond to a policy limit request on behalf of a woman injured in a car wreck, even though medical records showed her bills far exceeded the policy limits.

The Nationwide case began with a 2005 accident in which Nationwide’s insured, Seung Park, would plead guilty to vehicular homicide for the death of Stacey Camacho.

Decatur attorney Charles McAleer, who represented the woman’s widower, Jesus Camacho, sent Nationwide a time-limited, 10-day demand for Park’s $100,000 policy limit. In exchange, they offered a limited liability release shielding Park from any personal liability for any other claims, with the exception of any other insurance coverage that might be available to Camacho’s family.

Nationwide rejected the offer 13 days later, saying it would only pay if the family supplied a general release under which they would have to repay the insurer if any other claims were made related to medical liens.

No agreement was reached, and after a 2009 trial, a Fulton County jury awarded Camacho and his widow’s estate $5.85 million. Park assigned to Camacho his right to sue Nationwide for negligence and bad faith for failing to settle the claims.

Acted negligently and in bad faith

Camacho sued Nationwide in federal court in Georgia’s Northern District and, following a trial in which a jury determined that the insurer had acted negligently and in bad faith, Judge Amy Totenberg ordered the insurer to pay more than $8.1 million in damages.

Totenberg also said she would award the plaintiff as-yet-undetermined attorney fees because Nationwide turned down a 2011 offer to settle the case for $4.5 million. Under Georgia’s offer of judgment statute, a party that declines a settlement offer and then loses at trial by at least 25 percent more than the rejected offer can be ordered to pay the other party’s attorney fees accrued from the date of the offer.

Nationwide appealed, arguing in court filings that although Park caused Camacho’s damages, his lawyer had “set up” Nationwide for a bad faith claim by wrangling over the release’s term in an effort to create a “gotcha moment” under the Holt decision.

Nationwide also challenged the plaintiffs’ position that the bad faith claim was a tort and that the jury award accurately represented its damages, arguing that the case was really a breach of contract dispute.

There was no immediate reply to requests for comment from Nationwide’s attorneys, Alston & Bird partners Michael Kenny, Tiffany Powers and Andrew Tuck, and Robert Darroch, Stephanie Glickauf and Tyler Walker of Goodman McGuffey.

Camacho was represented in the federal suit and appeal by Slappey & Sadd partners Jay Sadd and Rich Dolder and Darrell Hinson of Swope Rodante.

There was no immediate reply to requests for comment from Nationwide’s attorneys.

In an email, Sadd said the appellate ruling “recognizes that the trial court worked diligently on its 67-page order to get it right. Nationwide’s problem all along in this case is that the demand was very reasonable.”

The insurer, he said, “should have accepted the demand for a limited liability release” instead of insisting on a general release “without proper regard [as] to whether their policyholder would be protected by rejecting the offer.”

Noting that Totenberg had paraphrased the Rolling Stones’ “You Can’t Always Get What You Want” in her opinion, Sadd paraphrased her paraphrase.

‘You get what you need’

“It bears repeating in this case: You can’t always get the settlement terms you want. You get what you need — even if you are a powerful insurance company,” he said.

Bryan Cave partner William Custer, who authored the Chamber of Commerce’s amicus brief, said there would likely be more skirmishes around the issue.

“We are, of course, disappointed that the panel did not reach the issues that we raised in our amicus brief,” said Custer via email. “Nonetheless, given the current prevalence of these cases, there will be other opportunities for courts to do so in the future.”

Greg Land is a reporter for the Daily Reporter, an ALM Media property. He can be reached at gland@alm.com.

Originally published on Daily Report. All rights reserved. This material may not be published, broadcast, rewritten, or redistributed.