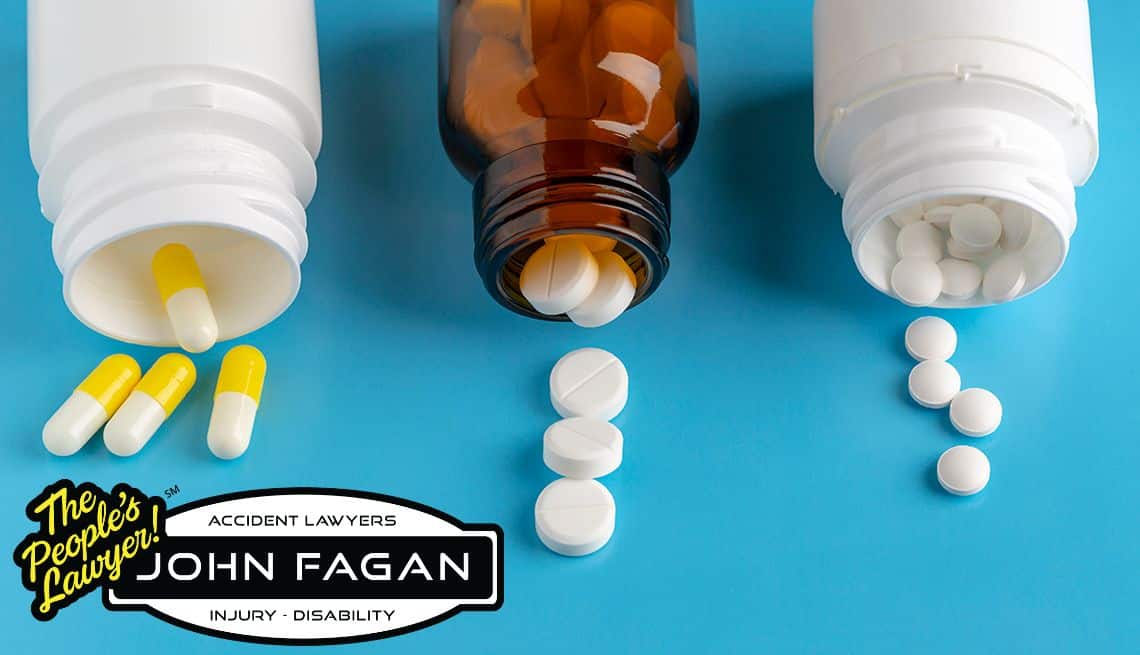 If the good news is that over-the-counter pain killers such as acetaminophen, ibuprofen and naproxen won’t put you at risk for addiction issues like prescription opioids or narcotics can, the less good news is that no pain pill comes without the potential for problems, says Nitin Sekhri, medical director of pain management at Westchester Medical Center in Valhalla, N.Y.

Acetaminophen, the active ingredient in Tylenol, is considered the safest option by many, and yet, Sekhri notes, it’s still to blame for about 50 percent of acute liver failures in the U.S. Acetaminophen also is the leading reason behind calls to poison control and to blame for more than 50,000 emergency room visits a year.

Often problems arise from people not realizing they’ve taken as much acetaminophen as they have. The over-the-counter painkiller isn’t just in Tylenol: It shows up in remedies meant to fight allergies, colds, flu, coughs and sleeplessness. It’s also an ingredient in prescription painkillers such as Vicodin and Percocet.

“If someone is taking a Percocet and it’s not cutting it, they might decide to take a Tylenol,” says Michael Genovese, chief medical officer at Acadia Healthcare. “Now they’ve doubled up on acetaminophen without even realizing it.” This double dose puts a burden on the liver, the organ most responsible for breaking down acetaminophen and sending it into the bloodstream, where it can be put to use. In extreme cases the liver could get so much acetaminophen that it can’t handle the load and it shuts down completely.

If you’re taking more than one medication, it’s important you check the labels to make sure you’re not getting more than 3,000 mg of acetaminophen in one 24-hour period, the daily maximum recommended by the FDA.

Genovese also recommends we consider the work our liver is doing before adding acetaminophen to the mix. “If someone has a headache because they had too much to drink over New Year’s Eve, they might take some Tylenol,” Genovese says. “Now they’re taking their liver, which is already exposed to too much alcohol, and taxing it even further by using acetaminophen. People get into trouble that way.”

Luckily there are painkillers out there that won’t give your liver more to do, such as ibuprofen or naproxen. Both of these drugs decrease the amount of blood supply to the kidneys, says Sekhri. They are known as nonsteroidal anti-inflammatory drugs, or NSAIDs because they address pain by limiting inflammation. But while the way such drugs are broken down is not a problem, the way they do their work is, he says.

“The problem is, inflammation isn’t always bad,” says Sekhri. Inflammation is what allows our blood to clot when we have a cut. It also helps increase the size of blood vessels throughout the body, which contributes to better heart health, he explains.

The other problem is that the prostaglandin hormone does more than just create inflammation. This chemical also protects the stomach and intestines by building up their lining. When this protection is broken down, you could experience stomach upset. In extreme cases, it can disrupt the stomach lining to the point that an ulcer can develop.

Not only can NSAIDs create this sort of problem, they can also make it worse, making it difficult for your body to clot and stop the bleeding of a serious stomach ulcer. “It’s a double whammy,” says Sekhri. “It’s eating away at the lining of the stomach and exposing blood vessels.”

A lack of clotting could also be a problem for people who are taking blood thinners for other health conditions.

Of course, a healthy individual who takes NSAIDs for a short amount of time isn’t likely to suffer from these side effects, but pain isn’t always a short-term issue.

“The big problem we have is that we’re trying to treat chronic conditions with this,” Sekhri says, adding that this can become especially dangerous as we age.

NSAIDs bind to protein in our blood in order to move through our bodies. Unfortunately, as we grow older, we have fewer such proteins in our blood, Sekhri explains. With fewer proteins to bind to, more of the drug is free to be active. That makes it more potent, with greater possible side effects.

Even for a 55-year-old with minimal medical problems, Sekhri suggests limiting use of ibuprofen or naproxen to two weeks. For older patients, or someone who is taking other medication, he recommends contacting your doctor to get a recommendation rather than following the instructions on the bottle.

Also talk to your doctor, he says, if you’re not finding relief with OTC medications, such as pills and topical analgesics. A physician can help you find alternative methods for fighting pain, from courses of heat and ice to physical therapy or in-office treatments such as radiofrequency ablation, which involves heating up the nerves so they are no longer able to communicate pain to your brain. “Talk to your doc,” says Genovese. “I always say if what you’re doing isn’t working, don’t give up, give a call.”