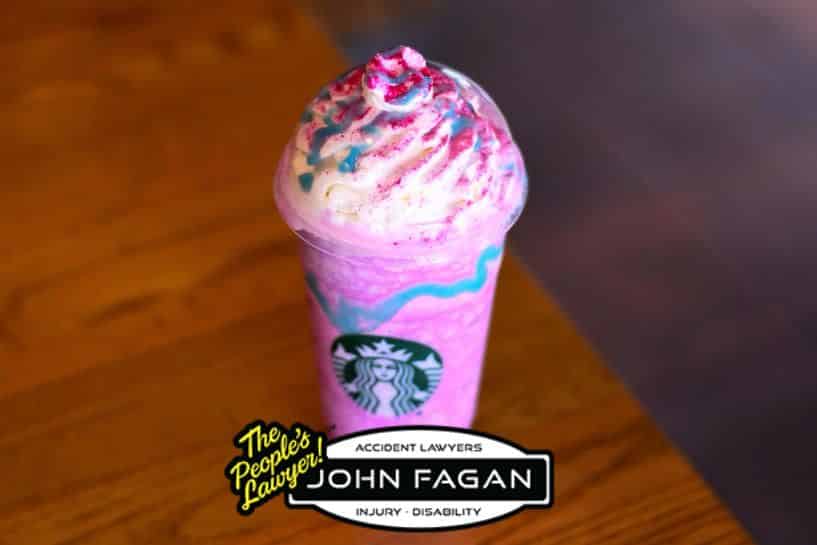 “A Unicorn Frappuccino beverage is placed on the counter for a customer at a Starbucks coffeehouse in Austin, Texas, U.S., April 21, 2017.

Starbucks Corp (SBUX.O) may be in a bit of hot water over its Unicorn beverage as a New York City coffee shop has filed a federal trademark infringement lawsuit against the coffee chain over the popular drink, court documents showed.

The End Brooklyn and its owner, Montauk Juice Factory, said it created the Unicorn Latte, its own bright pink and blue drink, and began selling it in December, four months before Starbucks launched the Unicorn Frappuccino, according to a lawsuit filed on Wednesday in U.S. District Court in New York.

Montauk Juice Factory filed a trademark application for the Unicorn Latte on Jan. 20 after the popularity of its drink soared, accounting for about a quarter of the store’s sales since its launch, it said in the suit.

In addition to similar names, the similar appearance of the drinks creates confusion within the market, the coffee shop noted in the suit.

By creating and marketing such a similar product, Starbucks should be “held accountable for infringing, diluting and otherwise diminishing” the plaintiffs’ intellectual property value, the lawsuit said.

The coffee shop and its owner is asking the court to order Seattle-based Starbucks to pay them all profits made from the Unicorn drink and for any losses that they incurred, the lawsuit said.

Starbucks said it believed the lawsuit’s claims were without merit.

“The Starbucks Unicorn Frappuccino blended beverage was inspired by the fun, spirited and colorful unicorn-themed food and drinks that have been trending in social media,” the company said in an email, adding that it was offered for a limited period in April and was no longer available.”

(Reporting by Brendan O’Brien in Milwaukee; Editing by Saumyadeb Chakrabarty)