Making an Injury Claim Against the Government in Florida 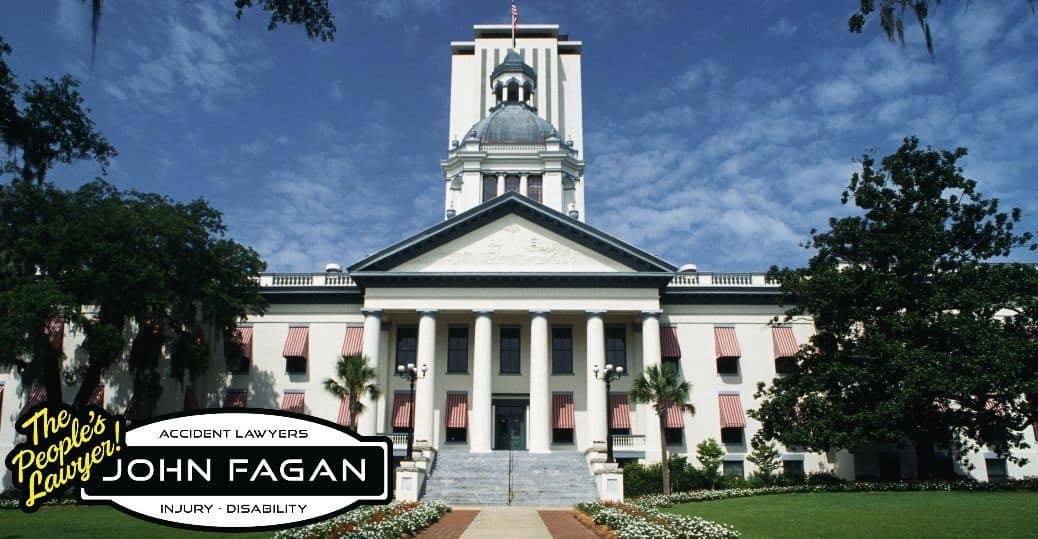 Here’s an article about what you need to know about making an injury claim against the government in Florida from Orange Park personal injury lawyer John Fagan.

Learn about filing a personal injury lawsuit against the State of Florida for personal injuries sustained from a state government entity or employee.

In Florida, as in every state, if you are injured as a result of someone else’s carelessness or negligence — through a car accident or a slip and fall, for example — you always have the option of filing a personal injury lawsuit to get compensation for your losses. But what if it was a city bus that hit you, or what if that broken linoleum you tripped on was in a state-owned building? Claimants injured by the negligence of the government or one of its employees in Florida will need to play by a different set of rules, at least initially. Read on for the details.
Florida Laws on Suing the Government for Negligence
Florida Statutes section 768.28 governs claims filed against the state (including its “agencies and subdivisions”). Via this law, the State of Florida waives its right to sovereign immunity and agrees to be sued for certain torts listed in the act. “Sovereign immunity” is a common-law rule that dates back centuries, to Great Britain, where private individuals could not sue the king, even if they were injured by the King’s (or the kingdom’s) acts or decisions. The rule of sovereign immunity was adopted in the U.S. But states have also chosen to selectively waive this right (at least under certain circumstances) and allow citizens to seek compensation for wrongs committed by the government.

Learn more about Negligence and Fault for an Accident.
What Florida’s Law Does (and Does Not) Cover
In Florida, a person who is injured by the government or a government employee may file an injury claim if:
the injury was caused by negligence or a wrongful act or omission (incidents like car accidents and medical negligence, for example) the claimant’s losses can be compensated with money damages (this covers most negligence cases), and the circumstances are such that the negligent party would have been liable as a private party (instead of as a government agency or employee).
However, the Florida statute does impose certain limitations on the kinds of claims that injured parties can bring. For instance:
Government employees cannot be held personally liable for harm, unless they caused the harm intentionally. Instead, all claims must be filed against the government body or agency that employs them. Damages in cases against Florida’s government are limited to $200,000, or $300,000 total if the claim is against multiple state entities. (More: Damages in an Injury Claim.) Punitive damages or interest that accrued before the judgment was made cannot be awarded in cases against the Florida government. The state may appeal any resolution of the case. Actions against state universities must be brought in the county where the university’s campus is located, unless the university has a “substantial presence” in the county where the harm occurred.
Additional limitations apply to cases filed against law enforcement officers or agencies, public health agencies (including public hospitals), and the Florida Space Agency. Claims that come from inmates of the Florida Department of Corrections are also subject to special time limits.
Filing a Claim Against the Government in Florida
If you are injured by the state government in Florida, you must put the state agency involved in the claim (and the state’s Department of Financial Services) on notice of the claim, in writing, within three years of the occurrence of the underlying incident, and no lawsuit can be filed until after a 180 day investigation period, unless the claim is formally denied.

A letter describing the date, facts, and losses can be mailed, or you can use one of the optional claim forms available from the Florida Division of Risk Management.

The notice of claim must be provided on paper. An emailed notice will not be considered sufficient, according to the Division of Risk Management.

Inmates of the Florida Department of Corrections have one year to give written notice of their claim and three years in which to file the lawsuit itself.

Learn more about the Claims Process (from Florida’s Division of Risk Management).

But what if you are injured by a county or municipal agency or employee?

Just like claims against the state, claims against local governments in Florida must start with notice, in writing, of what happened. This notice should be sent to the local government department in charge of handling claims. Florida counties and municipalities frequently include this information on their websites. For instance, both Orlando and Miami explain on their respective websites how to file a claim.