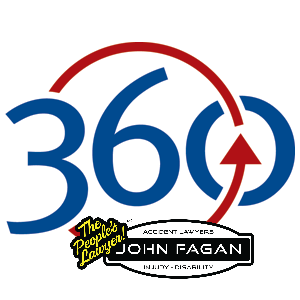 Law360, New York (July 10, 2017, 5:17 PM EDT) —
Sen. Chuck Schumer, D-N.Y., on Monday urged the Food and Drug Administration to launch an investigation into Coco Loko, a snortable chocolate powder meant to give an energy boost, a product he said is likely neither safe nor chocolate.

The U.S. Senate minority leader said the risks of the unregulated powder, made by Florida’s Legal Lean, aren’t actually known, but that since it’s essentially advertised to users as a drug, it should be looked into. Given the company’s advertising, he likened it to “cocaine on training wheels.”
“The math for the FDA is clear: This suspect product has no clear health value,” Schumer said in a statement. “It is falsely held up to be chocolate, when it is a powerful stimulant. And they market it like a drug — and they tell users to take it like a drug, by snorting it. It is crystal clear that the FDA needs to wake up and launch a formal investigation into so-called Coco Loko before too many of our young people are damaged by it.”

Coco Loko is made mostly of the ingredients in energy drinks — gingko biloba, taurine and guarana — but “concentrated,” “masked” and sold as “natural and safe chocolate candy,” the lawmaker said. He compared it to the similarly named Four Loko, an alcoholic energy drink that became banned in many states.

Legal Lean’s website doesn’t list the ingredients, but it says the powder leads to a rush of endorphins, serotonin and “euphoric energy,” along with a “calm focus.” The company billed it as “infused raw cacao snuff.”

Legal Lean and a spokeswoman for the FDA didn’t immediately respond to a request for comment Monday.

Schumer called the powder a “brazen example of ‘narcotic marketing’ — a product that is marketed like a drug, as well as made to be consumable like a drug, and seem cool to teens and young people. Normalizing stimulants and drug consumption-like behavior is anything but harmless for our young people.”

According to Schumer, Legal Lean didn’t work with any medical professionals to see if the powder is safe. He says the caffeine-related risks are likely related to heart problems and high blood pressure, and snorting-related risks include bloody noses and weakened immune systems.