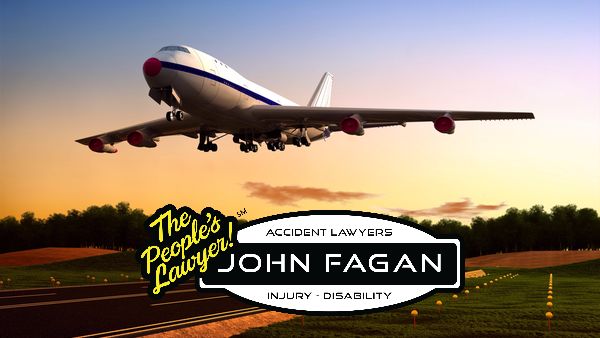 For travelers going abroad, their best protection against crime involves being aware of their surroundings and maintaining a level of anonymity. (Photo: Shutterstock)
As the summer vacation season gets underway, the increase in terrorism around the globe and other factors warrant travelers taking a little more care to mitigate the risks of traveling, especially in a foreign country.

More than 35% of Americans are expected to take a family trip this year, and 70% of those individuals are planning more than one, according to AAA.

Staying safe is the responsibility of each traveler. “The first thing is to understand who’s in charge of your security when you travel; you are,” said Wesley Odom, president of the Ackermann Group LLC, a security and investigative firm, during a recent webinar sponsored by Chubb. “You can’t deny that you’re at risk — all you can do is mitigate it.”

Related: 3 types of insurance to consider when traveling abroad

Odom spent 15 years in the CIA’s clandestine services, where he specialized in foreign intelligence operations and counterterrorism.

“The risk of kidnapping for ransom is not high for most travelers,” he explained, “it is usually higher for ex-patriots who are living abroad. Your anonymity is your best protection, so keep a low profile when you travel.”

He said that Mexico is a high crime area, describing it as the kidnap capital of the world. Other areas where travelers could be at higher risk include parts of Africa (for those considering an African safari), particularly in the southern Saharan region, and certain areas in Kenya.

When shopping, don’t wear expensive-looking clothes or accessories, and be aware of who or what is around you. (Photo: Shutterstock)

There are simple things travelers can do when they’re on vacation to reduce their risk of being a victim of crime. Odom recommends that individuals try to dress down and blend in with their surroundings and not advertise the fact that they are Americans.

Wear an inexpensive watch while touring or shopping, and avoid wearing gold necklaces or earrings. Thieves are savvy enough to recognize a Rolex or a cheap knock-off. “Go without it and you mitigate the risk,” added Odom. He also recommended not flashing your cell phone in public and making yourself invisible on the street.

At the airport, travelers are most vulnerable in the public areas before security. Experts recommend getting to the gate area as quickly as possible. (Photo: Shutterstock)

Odom said that people who survive attacks in public areas do so because they immediately drop to the ground and take cover. If someone starts firing a gun, Odom said to get as low as possible on the floor.

Related: Virtual kidnapping: What you need to know

When arriving overseas, be cautious with how much information is shared with immigration and customs agents. Odom recommends being somewhat vague when describing your job and responsibilities. Use terms like businessman, consultant or even say you’re retired instead of an executive, president or other position to minimize the risk of kidnapping for ransom.

Tourists being met by a pre-arranged driver should not use their full name on the sign or any indication that they’re Americans. Odom suggests using some more generic such as Señor Lopez or Gomez in a Latin American country. Even using just initials will provide a level of anonymity and protection.

While the most secure way to get into town is through a pre-arranged driver, Odom says that hotel vans are another safe and reliable way to get around because they are rarely attacked. If taking a taxi, make sure to use only a legitimate taxi service because they are usually registered and controlled. Gypsy or pirate cabs may be cheaper, but they could also be driven by criminals and cost far more in the long run.

Larger commercial hotels usually have better security than smaller boutique hotels, but are also more likely to be targeted by terrorists. (Photo: Shutterstock)

When booking a hotel, there are several factors to consider. As evidenced by some of the attacks overseas, terrorists do target large iconic hotels, but Odom said that they also tend to have better security than some of the smaller boutique hotels. However, smaller hotels may be less likely to be targeted by terrorists.

Once in the room, check all of the locks, chains and u-bars. Travelers can purchase a variety of portable door alarms and locks that will provide a good measure of security. Also make sure that the hotel room phone works in case of an emergency, and review the escape route from the room in the event of a fire. “Murphy’s law dictates that if there is a fire, it will be at 2 a.m.,” stated Odom.

When using an in-room safe, Odom said to always recognize that you use it at your own risk. If something is particularly valuable it’s better to use the hotel’s safe deposit boxes.

Related: Summer travels of the wealthy: Protect them where’er they roam

Thieves go where the money is, and travelers should be cautious about flashing money or expensive items. (Photo: iStock)

The principle risk for most travelers is street crime explained Odom. Criminals go where the money is and the highest crime areas tend to be the resort and financial districts because that is where the wealthy tourists spend time.

“Always walk with purpose,” he advised, “and act like this is your town. Don’t put anything in your pockets you don’t want to lose, and don’t display any wealth.”

Be particularly cautious when approached by strangers asking for directions or the time. “They’re trying to slow you down so they can work you,” said Odom. He recommended using money belts to protect money and credit cards.

“Trust your instincts. Stay on streets that are well traveled, and don’t ignore suspicious persons or activities,” he added.

Odom warns tourists to just give up whatever the thieves want if they are mugged. “Make up your mind to give up whatever you’re losing,” he said and that should increase the chances of getting out of the situation unharmed.

He also cautions that travelers should be aware of any unrest or political instability in the countries they will be visiting. If a coup occurs, he advised just staying in the hotel room and not trying to get to the airport. “They will shut that down immediately,” he said. “Call your family and the American Embassy in that city or country to let them know where you are, but just hunker down in the hotel.”

If employees are traveling for work, Odom cautioned against letting them know if the company carries kidnap and ransom insurance. “That’s the first thing they’d tell the kidnappers,” he explained. Instead, tell them there is a travel “program” in place and if anything happens, the company will do its best to provide assistance.

Odom said that people can generally travel safely anywhere except for war zones if they know what they’re doing. Taking some practical, common sense steps can be the difference between a dream vacation or a nightmare.