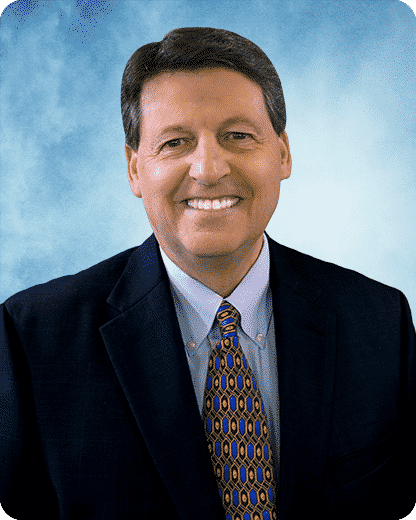 John is a Orange Park native who grew up on the First Coast. He graduated from Bishop Kenny High School in 1975 and went to college at Florida State University where he completed a 4-year program in 3 years. John graduated from the Florida State University College of Business in 1978 and went straight into Florida State University College of Law. While in law school, John earned a position on the prestigious Law Review Board serving as its Business Editor. As a law student, John studied in the Oxford program. He also interned with the Florida Legislature working in the Florida House of Representatives Criminal Justice Committee. John was admitted to the Florida Bar in 1981.
John began his legal career as a law school intern in the State Attorney’s Office in Orange Park in 1981. After his internship, legendary State Attorney Ed Austin hired John as a full-time Assistant State Attorney for the Fourth Judicial Circuit (Clay, Duval, and Nassau Counties). As a prosecutor, John tried jury and non-jury trial on charges ranging from DUI to Murder. In 1983, John moved from the State Attorney’s Office to begin his career in private practice. He has practiced law for 30 years on the First Coast.