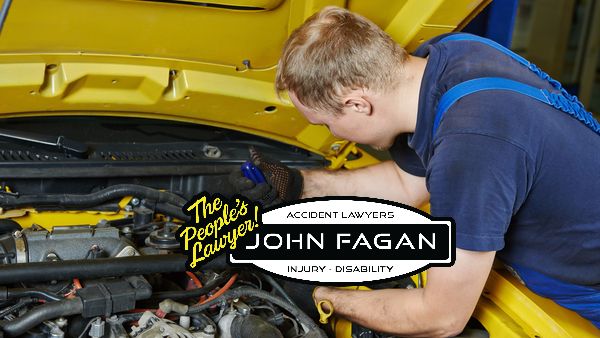 While operating his vehicle, the insured smelled smoke, stopped the vehicle and opened the hood to assess the situation. He noticed a glowing wire generating smoke. Suddenly, a fire developed in the instrument panel of the occupant compartment, causing a total loss of the vehicle.

Since the insured observed a glowing wire in the engine compartment, the wiring in that area was inspected. A power wire was found attached to a battery post as shown in Figure 2. The wire insulation was badly burned, consistent with excessive current flow, which could cause a fire. The battery was in good condition.

Tracing the wire through the firewall resulted in the discovery of the melted end (as shown in Figure 4) near a stereo system, mounted under the instrument panel. The melted conductor strands at the end of the wire as indicated by the arrow were evidence of an electrical fault (short circuit). This wire was routed in an area where chaffing of the protective wire insulation was likely causing a short circuit, melting of the conductor and ignition of material in the instrument panel near the stereo.

It is apparent that the installation of the stereo system was not performed in a professional manner. The connection to the battery using the battery clamp is not proper. A wire termination should be used and connected to an auxiliary terminal in the fuse block of the vehicle if possible.

Figure 5 is a view of a typical fuse/relay block in a vehicle. Many of these fuse blocks have unused terminals explicitly for the installation of aftermarket electrical equipment.

It is also good practice to use a fuse or resettable breaker in the power wire circuit to provide protection in case a fault occurs. Finally, the routing of the wire over a sharp metal structural member is improper, since it often results in wire chaffing and an electrical fault. This particular installation is deficient, suggesting that the installer is a possible target of subrogation.