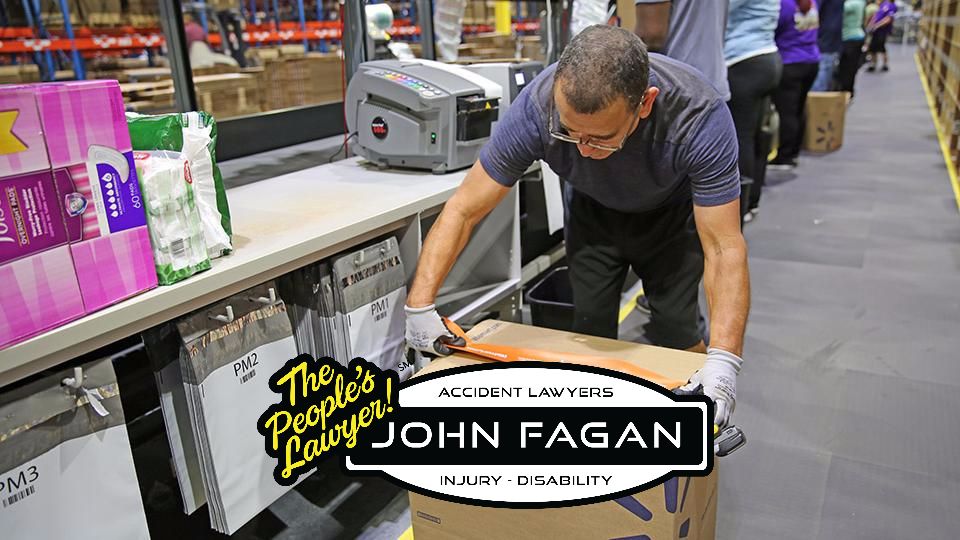 A Walmart employee tapes up a box at an e-commerce fulfillment center.

Wal-Mart Stores Inc. has officially opened an e-commerce fulfillment center in Polk County that will eventually employ more than 1,000 people.

The fulfillment center, which is near the intersection of Interstate 4 and U.S. Highway 27 in Davenport, includes two buildings and totals more than 2 million square feet. More than 550 people have already been hired, and Walmart said Tuesday that there are plans to hire “least 1,000 more” in the next year.

A Walmart employee tapes up a box at an e-commerce fulfillment center.

Walmart has been working to grow its e-commerce business, recently rolling out free two-day shipping on orders over $35. It also discounts online orders that customers are willing to pick up at a store. In the first fiscal quarter of this year, Walmart’s e-commerce business grew 63 percent — most of which was from its Walmart.com platform.

People on the Move

The Polk facility, Walmart said in a news release, will mean faster shipping directly to customers or to stores for free pickup. The Interstate 4 corridor is within a day’s drive of the Southeast’s most densely populated urban centers, putting Walmart in prime position to be more competitive with Amazon.com, which set the e-commerce standard for free, two-day shipping.

“We believe the company is now starting to drive some of the technology within e-commerce compared with reacting to everything Amazon does, as Walmart has in the past,” Brian Yarbrough, an analyst with St. Louis-based Edward Jones, wrote in a June research note.

Walmart’s total investment in the facility is more than $300 million, according to figures the company released in May. In 2015, Polk County officials approved a 10-year tax abatement incentive deal for the project.

“Walmart could have chosen to open this new fulfillment center in any location,” Gov. Rick Scott said in a statement. “Yet they know that Florida is the best place for them to grow their business and create new jobs.”

It has been in the works for years. In late 2014, the Tampa Bay Business Journal was first to report that Walmart was scouting the I-4 corridor for property to build an e-commerce fulfillment center. By early 2015, Walmart’s search was down to two sites: the Central Florida Intermodal Logistics Center in Winter Haven and the site in Davenport where the facility now stands.

“This campus is just the latest example of Walmart’s commitment to offering customers fast shipping on items they need every day,” said Nate Faust, senior vice president, Walmart U.S. e-commerce supply chain, said in a statement. “We’re excited not only about the economic impact our facility has had, and will continue to have, in the community, but also how it will help us empower our customers to shop when and how they want.”