This Is Why Children Get Bitten by Dogs, Mom Warns 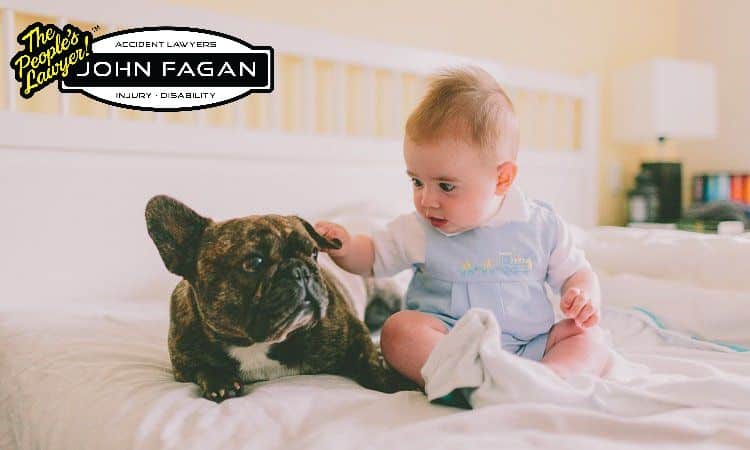 News of dogs biting children, or even more aggressively mauling them, is unfortunately way too common. Just last week, a toddler died after being attacked by three dogs inside a home in Philadelphia. Before that, a grandma’s dog damaged her 18-month-old granddaughter’s face and possibly an eye in Riverside, California. And an emotional support dog on a plane made headlines in February after a little girl approached the dog and got bitten on the face.A mom and pet protection officer in Canada hopes that more parents will understand that the whole “dogs aren’t dangerous if you raise them right” mentality is wrong. Olivia Paige, who owns two dogs, took to Facebook last week to warn parents that babies and young children need to be closely supervised at all times around dogs.

Currently, the baby in the family, Harrison, is being raised to be respectful to animals. Paige’s 7-year-old dog, Modoc, has been raised around children and taught not to be aggressive.

“But Modoc is a dog and Harrison is a baby,” Paige wrote. “My dogs are not expected to tolerate being annoyed. I can tell you from experience that every dog has a breaking point, and every dog will bite. It is up to adults to teach children to be safe and respectful, and to educate themselves on dog behavior and body language, and prevent what is usually 100 percent preventable.”

Another mom also posted a similar warning last year after a friend’s cat attacked her baby.

“The nurse and doctor that took care of my baby said: Animals are animals and they have animal instincts! They told me they see these cases often, especially dog bites and attacks and they always hear parents saying, ‘But I had this dog since before my baby was here and he’s always been nice to my baby’, and (yet) all of a sudden they attack! Doctors told me they see this on a daily basis,” the mom wrote.

Dog bites are one of the top reasons children visit the emergency room each year. According to the Centers for Disease Control and Prevention, children are more likely than adults to be bitten by a dog, and the injuries can be more severe. As the number of dogs in the home increases, so does the likelihood of being bitten.

This is why Paige takes extra precautions in teaching the baby boundaries with dogs. For instance, Harrison isn’t allowed to lie on or hug the dogs, or play with their tails or feet. He also can’t go near the dogs’ food and has to stay away when they’re eating. Importantly, people need to understand a dog’s stress signals, she said. While many pet owners and parents agreed with Paige and said respect is a two-way street, some were adamant that their dogs are safe and non-aggressive. They pointed out that every dog is different, and some genuinely love being laid on and cuddled with.

Still, others noted it’s better to be safe than sorry.

The CDC also has a do’s and don’ts list when it comes to supervising dogs and children. Kids should always ask if it’s OK to pet someone else’s dog before reaching out to pet the dog. Allow the dog to see and sniff you first. Don’t approach an unfamiliar dog, or disturb one that’s sleeping, eating or caring for puppies. Dog owners also shouldn’t encourage their dogs to play aggressively.