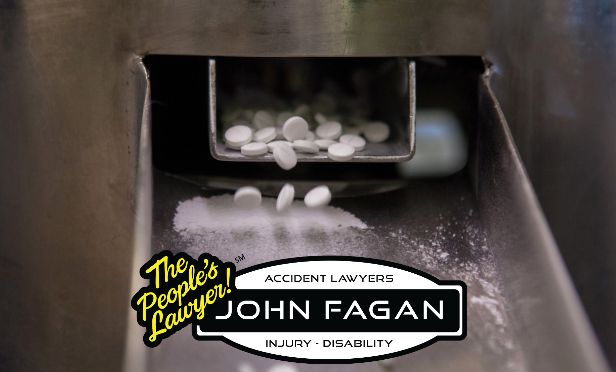 The FDA has said it thinks the potential carcinogens, known as nitrosamine impurities, are a result of the manufacturing processes the companies used. (Photo: Krisztian Bocsi/Bloomberg)
A third potential cancer-causing contaminant has been found in a widely used blood-pressure medicine, according to the U.S. Food and Drug Administration (FDA).

India-based generic-drug company Hetero Labs Ltd. discovered a chemical called NMBA in its version of losartan, the FDA said in a statement Friday. The contamination was found during heightened testing stirred by a far-reaching recall of generic blood-pressure drugs known as angiotensin II receptor blockers, or ARBs, that contain potential carcinogens NDMA and NDEA.
Initial recall began 7 months ago
A series of drugs have been identified as potentially dangerous since an initial recall began seven months ago. Hetero Labs’ losartan is repackaged and sold by closely held drugmaker Camber Pharmaceuticals Inc. in the U.S.

Camber said in a statement on Thursday that it was recalling 87 lots of losartan tablets due to the discovery. The company said it hadn’t received any reports of patients being harmed related to the recall. Kirk Hessels, a spokesman for Camber, didn’t immediately respond to requests for comment on Friday.

Problems with potential cancer-causing agents in blood-pressure medications first cropped up in July, when an ARB called valsartan was recalled by Chinese drugmaker Zhejiang Huahai Pharmaceutical Co. Ltd.
FDA inspector raised factory concerns in May 2017
A Bloomberg investigation found that an FDA inspector had raised concerns at the factory that made the valsartan in May 2017. The official had recommended Zhejiang Huahai, one of China’s largest exporters of pharmaceuticals, receive a warning from the agency, but was overruled by higher-ups at the FDA. Zhejiang Huahai has said it has been in close contact with the FDA since the recall began.

The FDA has said it thinks the potential carcinogens, known as nitrosamine impurities, are a result of the manufacturing processes the companies used. The agency said that the risk of a patient who took a recalled ARB getting cancer is low.

“That said, any presence of such impurities in drug products is not acceptable,” FDA Commissioner Scott Gottlieb said in the statement. “The FDA is committed to implementing measures to prevent the formation of these impurities during drug manufacturing processes in the future.”
Testing all angiotensin II receptor blockers (ARBs)
The agency and companies are testing all ARBs for impurities. Hetero also makes valsartan that was recalled for containing NDMA. The company also makes losartan for other Indian drugmakers, including Torrent Pharmaceuticals Ltd. and Macleods Pharmaceuticals Ltd., that has been recalled for containing NDEA.