The trouble with property damage claims caused by rain 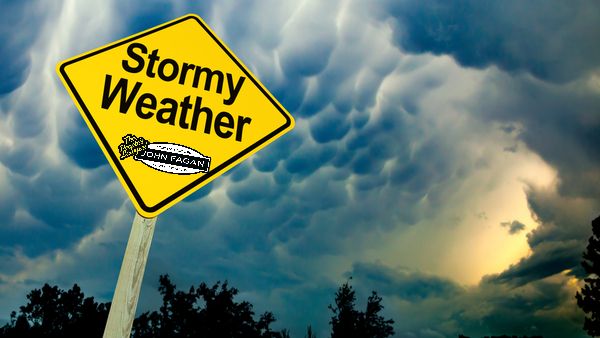 Rain is not part of wind. The two are separate and can happen independently of each other, which effects insurance coverage. (Photo: iStock)
Analysis brought to you by the experts at FC&S Online, the unquestioned authority on insurance coverage interpretation and analysis for the P&C industry. To find out more — or to have YOUR coverage question answered — visit the National Underwriter website, or contact the editors via Twitter: @FCSbulletins.

Question: We have a circumstance where a homeowner was throwing a backyard football party for some of his friends. The group brought the insured’s big screen television outside for the event. During the festivities, an unexpected thunderstorm came through with high winds and pouring rain. Everyone, of course, immediately retreated indoors, but somehow forgot to bring in the television.

The television was not blown over by the high winds, but it was damaged by the rain that accompanied the windstorm.

This is an HO-3 policy. The insurer has denied payment of the cost to repair the television, citing the portion of the policy paraphrased below:

“The peril of wind does not include loss to property contained in a building caused by rain, unless the direct force of wind or hail damages the building causing an opening in a roof or wall and the rain enters through this opening.”

The insurer stated that since television was not “contained inside a building,” that damage from rain would not be covered; it is only covered while inside a structure, and then only if wind first damaged the structure and created an opening for the rain to come into the home.

We are hoping that you can tell us if we are correct.

There is no coverage for this loss.

Question: Our insured has a Cause of Loss – Special Form, CP 10 30 04 02. The policyholder sustained damage to an insured building from heavy rain that caused water to flow from the roof into the interior walls and resulted in damage to the walls as well as mold inside the walls. There was no other damage to the roof or walls of the building. Will this water damage caused by the rain be insured?

Answer: The CP 10 30 contains a limitation stating that loss or damage to the interior of any building or structure caused by or resulting from rain is not covered unless the building first sustains damage by a covered cause of loss to the roof or walls through which the rain enters. In the situation you describe, there was no damage to the roof or walls. So the water damage caused by the rain would not be covered.

Question: We have an HO 00 03 05 11 with endorsement HO 32 32 06 12, which states that constant or repeated discharge, seepage, or leakage of water is excluded. This paragraph replaces a paragraph that pertained to plumbing.

Repeated wind-driven rain caused hidden damage, namely rot, and water damage to insulation that could not be seen. Would wind driven rain be excluded if it occurred over an 8-year-period but the insured could not see the damage? Part of the original causation may have been improper chimney flashing.

Answer: While there is an exception for mold hidden behind walls, that exception applies only when the water is caused by a plumbing, heating, air conditioning system, sprinkler system, or household appliance, or a storm drain or water, steam/sewer pipes off the premises. The endorsement removes that and in its place excludes water caused by repeated seepage or leakage. Wind-driven rain really is not repeated leakage or seepage, it is forced in by the wind. Wind-driven rain is excluded under the water exclusion. There is no coverage for this loss.

According to the U.S. Forest Products Laboratory, a wood shingle roof like this one photographed at at the Silver Saddle Motel in Boulder, Colo. in 2010, will last up to 30 years under favorable conditions. (AP Photo/Barry Gutierrez)

Question: We have a hurricane claim and there was no damage to either the exterior or the interior of our insured’s condo unit. However, the insured had a patio set outside, and both the company adjuster and the independent adjuster are adamant that the furniture carried away by wind is not covered, as the policy language, under the “windstorm or hail” coverage, states “this peril does not include loss to the inside of a building or the property contained in a building caused by rain, snow, sleet, sand or dust unless the direct force of wind or hail damages the building causing an opening in a roof or wall and the rain, snow, sleet, sand or dust enters through this opening.”

We would appreciate your opinion.

Related: 7 parts of your home to check for winter weather damage

Answer: The adjusters are misreading the named peril. It specifically states that the peril does not include loss to property contained in a building caused by rain, snow, sleet, sand or dust unless the direct force of the wind caused an opening in the roof or wall of the building containing the property. But that is not what happened here. First, the property was not contained in a building; it was outside. And second, the direct cause of the loss was wind, not rain, snow, sleet, sand or dust.

There is coverage for the patio set subject, of course, to any applicable deductible.

Question: Citizens Homeowner 3 special form HO-3 01 13 section 1-perils insured against, 2, h. WE DO NOT INSURE, HOWEVER, FOR LOSS: Rain, snow, sand to the interior of building unless a covered peril first damages the building causing an opening…

Our insured sustained damage to the interior of his home in several rooms when a rain storm caused water to intrude into the house through the roof and under the shingles.

Citizens denied the claim per the above exclusion.

Should this loss be covered?

Answer: You have an issue of fact more so than policy interpretation; if the wind lifted the shingles then indeed there is coverage for the contents; if the roof just has leaks, then there would be no coverage due to faulty maintenance/wear and tear. An inspector should be able to determine whether or not the singles would lift in a windstorm.

Analysis brought to you by the experts at FC&S Online, the unquestioned authority on insurance coverage interpretation and analysis for the P&C industry. To find out more — or to have YOUR coverage question answered — visit the National Underwriter website, or contact the editors via Twitter: @FCSbulletins.

Avoid getting blown away by wind damage claims

What’s the effect of extenuating circumstances in filing an insurance