Orange Park injury lawyers are well-schooled in factors impacting personal injury cases. It is helpful for you as a plaintiff to understand important concepts, such as permanency. Permanency is one of the hottest topics in Florida car accident cases.

Simply put, if your doctor diagnoses a permanent impairment or permanent disfigurement as a result of your injury, then the value of your settlement goes up significantly. It is painful and difficult to put a value on a permanent injury, but your attorney will work hard on your behalf to bring just compensation and some peace of mind.

The Impact of Disfigurement 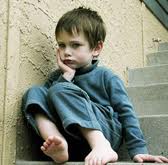 A similar factor in injury cases is permanent disfigurement, which understandably raises the value in even a small personal injury case. An injured party might have fairly low medical bills. Income loss may be modest and injuries bearable. But if permanent scarring or disfigurement was caused, the settlement value increases greatly. Scarring, particularly in women, is widely regarded as disfiguring, as are burns and dog bites, which can leave permanent marks and reminders of injury. Such marks are also visible to the jury, and that distinguishes them from pain and suffering; although pain and suffering have a hard impact on claimants, they are harder to show in evidence.

Your Orange Park injury lawyers will want any disfigurement to be evaluated by a specialist or plastic surgeon to determine permanency. Although any photo evidence is worthwhile, photographs of the injury are best taken by professionals, so the jury can have a high-definition view of the evidence.

For more information about permanency and other legal factors in Florida personal injury cases, call the Orange Park injury lawyers of John Fagan Accident Lawyers at 904-278-1000.