National Teen Driver Safety Week: What to know and what you can do 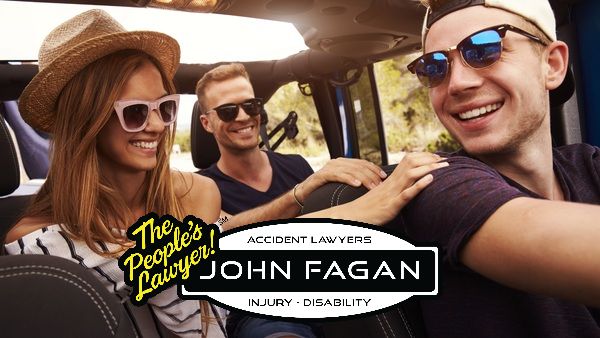 In 2015, 322 people killed in teen (15 to 19) distraction-affected crashes. (Photo: Shutterstock)
Drivers everywhere know that the longer you drive the more comfortable you are behind the wheel.

Unfortunately, this doesn’t translate to risk-free driving. Accidents on the road can happen regardless of experience or whether you have a smart car or not, among other variables.

For teen drivers still assimilating to the road, practicing safe habits can mean the difference between avoiding accidents and their fallout, and driving longevity. However, many teen drivers continue to be distracted and put themselves and others at risk.

Law enforcement is working to crack down on distracted drivers, especially those who text and drive.

Distracted driving puts everyone is at risk.

Distracted driving concerns everyone on the road. As technology continues to be infused in our cars, drivers are more comfortable with smart car technology such as blind spot sensors and automatic braking. As comfort levels grow, drivers are becoming more relaxed behind the wheel.

Law enforcement is working to crack down on distracted drivers, especially those who text and drive. Parents should remind teen drivers that driving is a major responsibility and nothing happening on your phone could be more important than focusing on the road.

You’re never too old to buckle up.

According to Traffic Safety Marketing, teens buckle up less frequently than adults do. In 2013, over half of teens killed in crashes weren’t wearing a seat belt. National Highway Traffic Safety Administration data also reports that as children get older, they are less likely to want to buckle up. Parents should lead by example and reinforce the notion throughout the years.
It’s also impacting their younger passengers: when teens aren’t wearing their seat belts, 90% of their young passengers (ages 13-19) who died in crashes also weren’t restrained. Teens need to know that wearing a seat belt can make the difference between life and death.

Twenty-nine percent (29%) of young drivers [5 to 20 years old] killed in crashes in 2013 had alcohol in their systems, despite being too young to legally purchase or possess alcohol.

Just say no to drinking and driving.

Minimum drinking age laws save lives every day, yet those laws are still ignored and many pay the price for it. Twenty-nine percent (29%) of young drivers [5 to 20 years old] killed in crashes in 2013 had alcohol in their systems, despite being too young to legally purchase or possess alcohol.
Parents should strictly enforce this as a rule of thumb until teens become of legal age. Even then, drivers should always be aware of how much they’ve drunk and whether or not they should be operating a motor vehicle. Drunk driving puts everyone at risk of an accident, a DUI, insurance costs rising, and, in worst case scenarios, death.

Parents will naturally worry for their teenagers as they grow up, but there are ways to ensure they are practicing safe driving habits and being responsible with their newfound independence. Frequent dialogue with your teens and some helpful information from NHTSA can go a long way in making your teen driver into an adult driver before you know it.