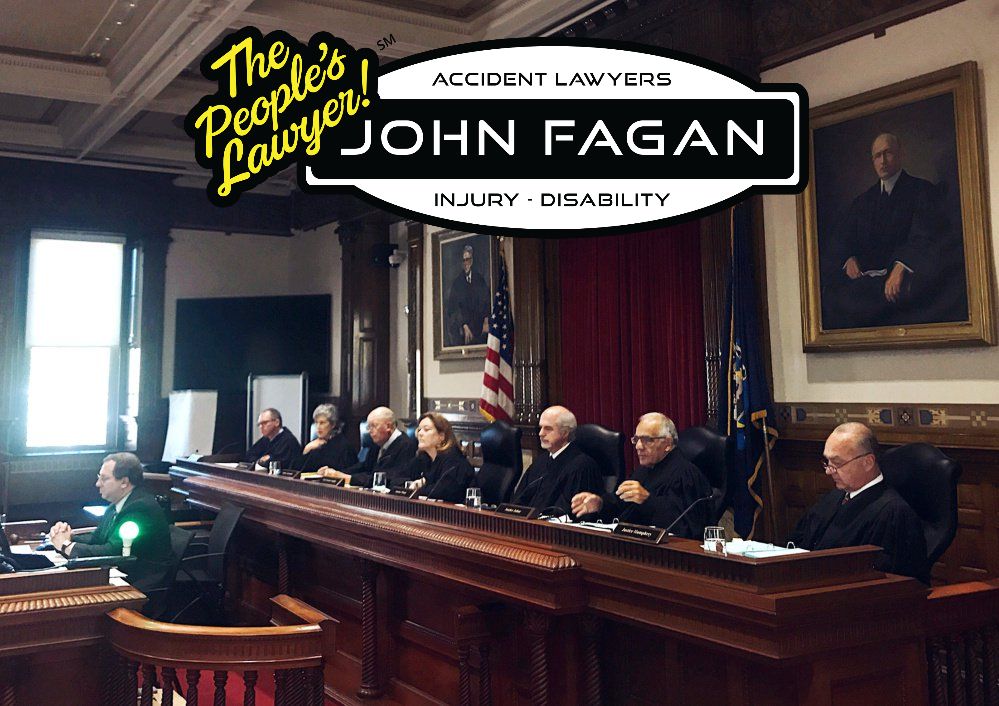 AUGUSTA — The Maine Supreme Judicial Court grilled attorneys about the dangers, cost and legality of using medical cannabis instead of prescription opioids in a landmark workers’ compensation case Wednesday.

The case of Gaetan Bourgoin, a 58-year-old paper mill worker who hurt his back in a 1989 work accident, has forced the state’s highest court to consider whether an employer in Maine, where medical marijuana is legal, must reimburse an injured worker for a drug that remains illegal under federal law, especially when prescription painkillers had failed him miserably.

“What a long strange trip it’s been,” said Norman Trask, Bourgoin’s lawyer, quoting Jerry Garcia of the Grateful Dead in his opening remarks.

The Maine Workers’ Compensation Board had sided with Bourgoin and ordered Twin Rivers Paper Co., which owns the mill where Bourgoin had worked as a paper machine operator, to cover his $350 monthly medical marijuana costs. Twin Rivers claims it can’t do that without breaking federal law, even if pot is cheaper than the $1,500-a-month opioid prescription that left Bourgoin hooked and suicidal.

Twin Rivers is asking the Supreme Judicial Court to overturn the board’s ruling forcing the company to reimburse Bourgoin for his marijuana treatments.

Twin Rivers attorney Anne-Marie Storey tried to steer the court away from a philosophical discussion of what marijuana law should be and focus instead on what the law says now. The Workers Compensation Board’s own doctor judged marijuana to be an unreasonable choice for Bourgoin because it is illegal under federal law, with no federally accepted medical use, she noted.

“This is not a case about making judgment over whether someone should or should not use marijuana as a matter of personal choice,” Storey argued. “The case we are hearing today is about whether or not the appellate division erred in ordering Twin Rivers to pay for that substance under the (Maine) Worker’s Compensation Act … and erred in rejecting the medical examiner’s opinion.”

Storey criticized the Workers’ Compensation Board for overlooking the opinion of its doctor in favor of Dustin Sulak, a doctor and self-described medical cannabis expert based in Falmouth. A doctor in Sulak’s practice gave Bourgoin the medical certification he needed to buy medical marijuana from his local dispensary in Fort Kent after a phone consultation.

The board’s doctor cited several federal studies, including a U.S. Department of Health and Human Services report that rejected a plan to remove marijuana from the class of drugs that includes heroin and cocaine. And Sulak failed to cite any studies proving the medical benefits of cannabis, Justice Ellen Gorman pointed out. However, other justices noted it was difficult to study a drug if the federal government deems it illegal.

That prompted Justice Donald Alexander to point out the well-documented dangers of the painkillers that the board’s doctor preferred.

“They are far more dangerous drugs than marijuana,” said Alexander, shaking his head, but are protected by the “big drug companies” lobby.

The record shows that Bourgoin traveled all over the country to meet with doctors to manage his chronic and severe pain, the justices noted. The doctors prescribed decades worth of narcotics, including morphine, fentanyl and oxycodone, none of which worked and left him battling a habit and even hospitalized once with suicidal thoughts. Marijuana seems to be the only thing that offered him relief, they noted.

“We have a human being here who has struggled mightily to overcome significant pain, is trying to walk away from opioid addictions and has found something that has improved his life,” said Chief Justice Leigh Saufley, who challenged both sides with rhetorical questions. “Isn’t that something we should be taken into consideration?”

However, she pushed Trask on just how far an employer must go, and how many laws he would have them break, to alleviate an injured worker’s pain.

“Suppose Mr. Bourgoin came to you and said ‘I have determined that the only thing that relieves my pain is daily ingestion of cocaine,’ ” Saufley asked Trask minutes into his late-morning opening. “You would not suggest that the workers’ compensation system support the employer’s payment for his purchase of cocaine, correct? And that’s because it’s illegal to have or purchase cocaine.”

This conflict is a dilemma that has left courts in states like Maine that have legalized medical marijuana “in the switches,” Saufley said.

Under questioning from Justice Joseph Jabar, however, attorneys from both sides admitted they did not know of any case of an employer or insurance company being prosecuted for reimbursing an employee for their medical marijuana costs. But Storey noted federal policies could change at any time, especially under the Trump administration, which has signaled it would take a harder stance on marijuana.

Maine is one of five medical marijuana states – with Connecticut, Minnesota, New Jersey and New Mexico – that has required employers to reimburse injured workers for medical marijuana. But some other states have not, including Colorado and Washington, where voters have approved recreational as well as medical cannabis.

This is the first time the state’s highest court has taken up the issue of medical marijuana, but the debate is playing out in courtrooms across the country.