Will You Be Liable If Your Pet Injures Someone 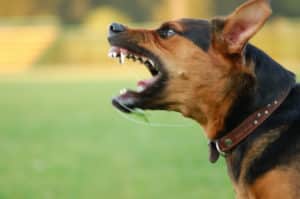 If you own a pet, in particular a wild or exotic animal, you may be held liable if it injures someone. It is a good idea to learn about the laws governing pet ownership and liability. Depending on the circumstances, you may lose valuable assets and even your home in a lawsuit cautions a Jacksonville dog bite attorney.

Dogs are the most popular companion pet in the United States. They are also the most likely to cause injuries. Approximately 4.5 million people are bitten by dogs in the U.S. each year according to the Centers for Disease Control. Approximately 20 percent of the people who are bitten by dogs need medical treatment. Dog bite injuries result in more than $1 billion in losses annually.

In most cases, if a dog bites someone, the owner will be held liable if he or she knew the dog was prone to biting and did not take steps to protect the public or was otherwise careless. If you live in a state that follows strict liability law, you will be held responsible if your dog bites, regardless of the circumstances.

Many states follow the one-bite rule. According to this doctrine, explains a Jacksonville dog bite attorney, you won’t be held liable the first time that your dog bites someone. Once your dog either attempts to bite someone or does bite, you can be held liable if it happens again. The philosophy behind this rule is that it will act as a deterrent to pet owners and encourage them not to keep pets that they know have a tendency to bite.

In addition, several local and state governments have instituted statutes that either ban or restrict particular breeds. In some jurisdictions, individuals who own a dangerous breed are required to carry a specified amount of public liability insurance. Specific breed legislation has been upheld when challenged in court despite strong opposition from animal rights organizations, dog owners and the American Kennel Club.

It is possible that you may be found liable to pay for the victim’s suffering and pain. For example, if the person suffers from PTSD following the incident, you may be held liable for additional costs. If the court finds you excessively negligent, you may be responsible for paying punitive damages as well.

If your pet has injured someone or you are concerned about possible future liability, you may want to consult with a Jacksonville dog bite lawyer. Please call the office of injury lawyer John Fagan at 904-278-1000 to schedule an appointment.