Legislature can’t agree how to spend $83 billion, so session goes to overtime 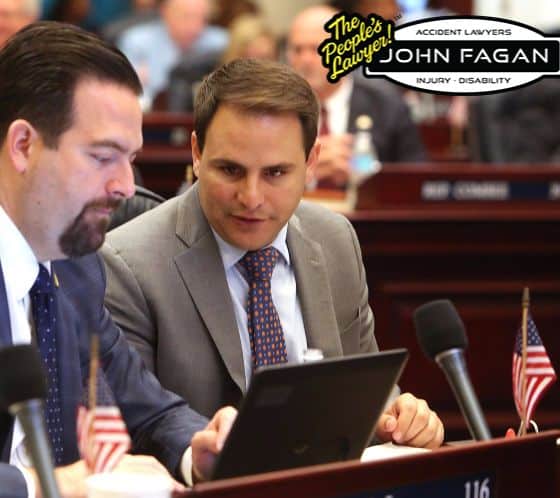 TALLAHASSEE — Florida’s legislative session will head into overtime after two top Republicans — privately negotiating billions of dollars worth of spending and substantive policy — failed to meet a deadline to get an $83 billion budget done Tuesday night so that the session could end on time Friday.

As time expired Tuesday, Senate President Joe Negron, R-Stuart, and House Appropriations Chairman Carlos Trujillo, R-Miami, said the 60-day session would have to be prolonged, but they didn’t yet know for how long.

“We will definitely not complete the budget work prior to the end of Friday,” Negron told reporters Tuesday evening — a few hours after House Speaker Richard Corcoran, R-Land O’Lakes, downplayed the increasingly expected delay by saying an on-time budget was still “90 percent likely.”

Amid the budget gridlock, lawmakers gave final approval Tuesday to each side’s top priority: the Senate’s $800 million water-storage reservoir to reduce pollution south of Lake Okeechobee, and the House’s proposal to expand the homestead property tax exemption to $75,000, subject to voter approval in 2018.

But that wasn’t enough to overcome unresolved differences in spending for health care, environmental programs and higher education.

The biggest sticking point in negotiations: cuts to hospital funding.

A broad budget agreement reached last week by the House and Senate included $650 million in cuts to Medicaid. But they still haven’t agreed on how to put those cuts — or $1.5 billion that the federal government has offered to help hospitals with charity care — into effect.

“The health care budget is the biggest one left — some issues tied to that,” Corcoran said.

Because health care makes up a third of the state’s budget, disagreement there can cause the entire spending plan to grind to a halt. That’s what happened in 2015 when the Legislature was forced to reconvene in a June special session to pass a budget.

“All my members have been prepared for summer, for special session. That’s not a threat to us,” Braynon said. “If it’s a terrible bill, terrible budget, we’re willing to stay.”

With no viable budget compromise on the horizon, lawmakers on both sides of the Capitol were already preparing Tuesday morning to stick around past Friday.

Thonotosassa Republican Sen. Tom Lee, a former Senate president and budget chairman, told reporters that from his experience, lawmakers were too behind schedule to finish on time and that he would support extending the session.

“I was musing on the floor that I wish somebody would let us know, because I know I’m going to need some new underwear come Saturday,” Lee joked. “And I don’t know whether I need a one-pack, a three-pack or what. We’ve got to get prepared for some overtime.”

For the session to have ended on time, Negron and Corcoran would have needed to agree on a final budget — and allowed time for staff to finalize the written bill and publish it online — before the end of Tuesday, so lawmakers could have had the constitutionally required, 72-hour “cooling-off” period before voting on the budget on Friday.

The Legislature can now extend the session by a three-fifths vote in both chambers — a move lawmakers can exercise only once.

If there’s still no agreement after that, the extreme scenario would be for Gov. Rick Scott to issue a proclamation convening a special session, which would mandate lawmakers to return to Tallahassee and agree on a budget before June 30, the end of the budget year.

“It’s better to get it right than to get it fast,” Lee said Tuesday, echoing comments Negron has made. “We’re better off extending session than trying to come back up.”

Lee added that some lawmakers will potentially have no place to stay if the session is prolonged. Several members live in hotel rooms during the session, and Florida State University has its graduation ceremonies this weekend, so rooms are scarce.