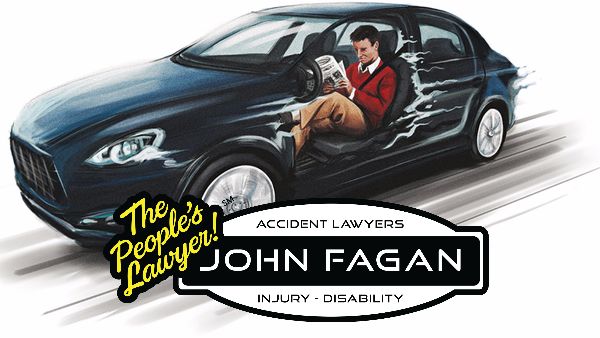 Who is at fault becomes more complicated when it may not be a human who is driving. (Photo: Shutterstock)
Since the creation of the first personal auto policy more than 100 years ago, auto insurance policies have all had similar goals: to protect the vehicle owner and driver in the event of an accident, theft or other damage to the vehicle.

With the invention and innovation of self-driving cars, the entire transportation system must adjust to humans as passengers only, and not drivers.

The question arises: What sort of insurance will be required to cover incidents involving self-driving vehicles?

As self-driving vehicle testing ensues, the need to insure these vehicles increases. Insurance for a self-driving car must provide coverage for a host of issues that have only recently arisen. In June 2016, Adrian Flux, a popular U.K. insurer, introduced the first autonomous car insurance policy. While the Flux policy outlines several autonomous-specific scenarios that should probably be addressed in most self-driving auto policies, it also provides coverage consumers are currently used to seeing.

Insuring the car of the future

The Flux policy provides coverage for damage or loss that occurs because of hacking or attempted hacking of the vehicle’s software, particularly the operating system. Hackers could potentially fool the car’s software into “thinking” there is an obstacle in the road when there isn’t. A hacker could commandeer the vehicle’s software and refuse to release the vehicle, an act of cyber-extortion called ransomware. Because of risks like these, coverage for hacking may become necessary.

The Flux policy provides coverage for a collision caused by a failure to install updates to the car’s operating system, firewall or navigation system within 24 hours of being notified about the update by the manufacturer. This approach allows for a small window of user-error, but if an owner fails to install updates after the 24-hour time limit, the assumption is coverage will not be provided.

There is some risk of high-rise buildings in cities blocking the satellite signal from seamlessly reaching the car. New developments in Wi-Fi, 3G and 4G, and the ability to use more than one of those three platforms at one time may provide a more seamless satellite signal.

The Flux policy also provides coverage for loss or damage caused by the failure to use the manual override function to avoid an accident in the event of a software or mechanical failure, and coverage for the failure of manufacturer software or any other authorized software for the car. The policy also provides the coverage that consumers are used to receiving with their personal auto policies, including comprehensive, third-party, fire and theft coverage.

Legislation similar to the English Vehicle Technology and Aviation bill could provide a roadmap for state and federal regulations concerning the use of autonomous vehicles in the U.S. (Photo: Shutterstock)

More recently, the U.K. government has shown initiative by implementing laws to regulate self-driving vehicles in advance of the coming trend. According to a bill released in February 2017, insurance coverage for self-driving cars must offer coverage for the two states of an autonomous vehicle: when the driver is in control, and when the vehicle is in control.

The insurance that will be required for all drivers of self-driving cars was set out in the Vehicle Technology and Aviation Bill released February 22, 2017. This two-in-one insurance policy structure provides personal auto coverage and negligence, and autonomous coverage for when the car is in self-driving mode.

The reasoning behind this two-faceted insurance requirement is to make it easier for accident victims to recover whether a human or the car was in control at the time of the accident. In the event of a crash in self-driving mode, claims against the vehicle will be paid by an insurance company who will then recover costs from the responsible party, in some cases the manufacturer.

The bill outlines what the Secretary of State considers to be automated vehicles affected by this legislation, the insurers’ liability when the accident is caused by an automated vehicle, and includes a section on contributory negligence. The bill also makes two important exemptions.

First, the vehicle owner becomes liable if unauthorized changes are made to the car’s software. This prevents insurance companies from insuring unknown perils, which would have affected the premium payment if the company was aware of the peril when the policy was written. The second exemption provides that the vehicle’s owner becomes liable for failing to install an update the policy requires to be installed.

Some concerns still not addressed

While the suggestions made in the bill have been welcomed by insurers, the bill fails to address some concerns that arise with the discussion of self-driving cars, such as hacking, satellite failures, software issues, navigational issues and problems with the manual override; most of which are issues that were addressed in the Flux policy.

Although things seem to be moving slightly faster in Europe, similar changes are coming to the U.S.; perhaps faster than expected. Insurers in the United States should take a look at both the Adrian Flux policy and the Vehicle Technology and Aviation bill in order to determine the most important risks to include in a policy, and which events should be covered by endorsement or left off of the policy completely. Above all, personal and commercial auto insurers should be prepared to deal with industry-wide changes, and attempt to be flexible and prepared to adjust to the new auto insurance climate.