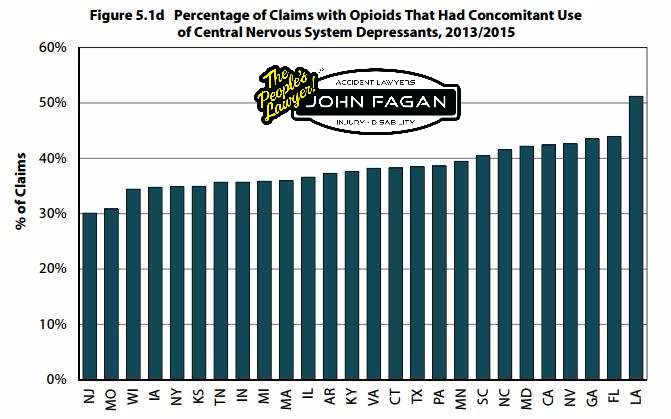 The Workers Compensation Research Institute studied 26 states from 2010 to 2015. They found significant drops in how often injured workers got opioids, and drops in the in the strength of those drugs. For the first time, more than half of injured workers got non-opioid pain medications, like steroids.

But 45 percent of injured workers also got prescriptions for a drug that’s a central nervous depressant, most commonly muscle relaxants like Soma. That’s the second-highest percentage of the states studied. Those combinations are associated with a higher risk of death.

Vennela Thumula, a policy analyst who worked on the report, said the dual prescriptions are most common when patients filled prescriptions both from doctor’s offices and pharmacies.

“So that sort of points to the less coordinated the care, it’s probably more likely,” she said.

Florida also had the highest number of patients getting a drug called tramadol – a weaker opioid.

WMFE is a partner with Health News Florida, which receives support from the Corporation for Public Broadcasting.

Health reporting on WMFE is supported in part by Florida Hospital.