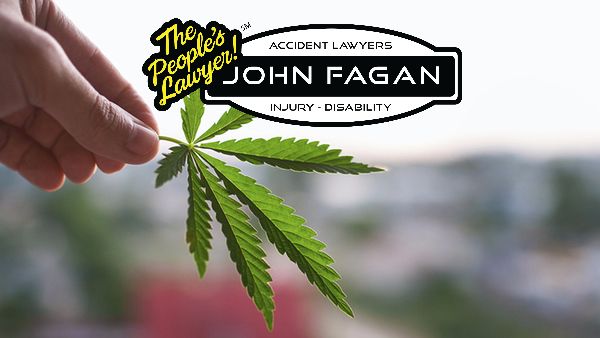 For employers and risk managers, legalized medical or recreational marijuana is no laughing matter. (Photo: Shutterstock)
For some, it may seem shocking that we’re to the point of discussing the impact of marijuana use in the workplace. For others, it’s a no-brainer: a potential cure for some significant issues.

Many are quick to joke about legalized pot, but for employers and risk managers, the notion of legalized medical or recreational marijuana is no laughing matter.

Rapidly evolving
Marijuana usage is a rapidly evolving issue. Public perception seems to be moving steadily toward support for legalization, for both recreational and medicinal use. In fact, a recent report found 93% of people believe marijuana should be legal with a doctor’s prescription.

Related: Study finds support for marijuana legalization, but its future is still cloudy

Support for its legalization is growing at the state level. It’s now legal in 28 states plus Washington, D.C., and new states are pushing to legalize it every year.

However, marijuana remains classified as a Schedule 1 drug under the federal Controlled Substances Act (CSA) of 1970. Two petitions to strip marijuana of its Schedule 1 classification were denied in 2016. And the Trump administration — specifically Attorney General Jeff Sessions and Health and Human Services Secretary Tom Price — have expressed opposition to medical and recreational marijuana use. While it’s too early to tell exactly what form changes may take, it seems unlikely that there will be a universal understanding any time soon.

Meanwhile at the state level, marijuana cases are being tried frequently, and new precedents are set all the time. For example, in Colorado where both medical and recreational marijuana are legal according to state law, the state Supreme Court ruled that employees can be fired for using medical marijuana off the clock, even if they aren’t impaired on the job.

This discrepancy between state and federal laws means there is little guidance about what the statutes mean or an obvious direction for employers to take regarding workplace drug-use policies.

What employers need to know
Who can use medical marijuana? The laws vary, but states with medical marijuana laws typically permit people with serious medical conditions — like cancer, Crohn’s disease, epilepsy and multiple sclerosis — to use marijuana or its active ingredient THC without penalty. Most patients need permission from a doctor and must buy marijuana from certified dispensaries.

However, as the Colorado court decision indicates, employers are not required to allow the use of medical marijuana, even if it’s been obtained legally. This is where it gets complicated.

How does this change affect employers? The conflict between federal laws and those of some states create uncertainty for employers. Thus far, courts have upheld an employer’s right to maintain a zero-tolerance position regarding illegal drug usage.

Even if an employer is more liberal regarding either recreational or medicinal marijuana usage, they would likely have a policy against working while impaired. One of the challenges is that, unlike alcohol or some other drugs, it is very difficult to determine the time of use or level of impairment for marijuana, as it can remain in a person’s system for weeks.

Additionally, if the employer is — or hopes to become — a federal contractor, they cannot have anything other than a zero-tolerance position against something that is considered illegal under federal law.

What should employers do?
That’s a good question. As mentioned earlier, even if more states continue to legalize medical marijuana, the issues remain until the federal law is changed. Regardless, employers should take steps now to ensure they’ve got policies to protect themselves.

For example, employers should update their employee handbooks to clearly state their position on drug usage. Even if the employer wants to allow recreational or medicinal use in compliance with their state laws, it is recommended that they maintain the same position they would on alcohol use — it is not likely that an employee handbook would comment on legal alcohol consumption.

However, one would expect to see comments forbidding reporting to work impaired or under the influence of alcohol. As mentioned, employers who work in an industry where federal contracts or grants are being used are obligated to abide by the Drug-Free Workplace Act. The same goes for industries that involve transportation or the use of heavy equipment.

Related: Seeing marijuana through the haze of myths

James W. Gow Jr., CPCU, AU is senior vice president, Property & Casualty Practice, at Corporate Synergies. Gow serves as a resource to both the Insurance Institute of America and the A.M. Best Company. He can be contacted at James.Gow@corpsyn.com.