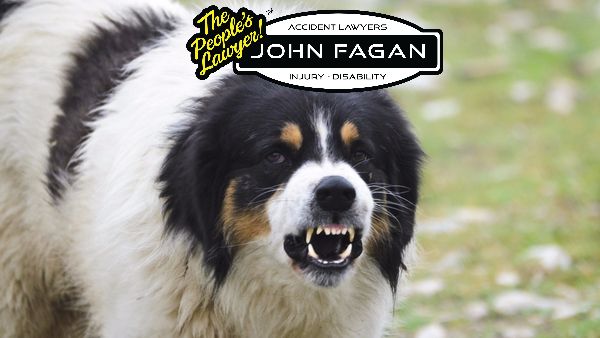 The larger the dog, the more damage it can inflict. (Photo: iStock)
Americans own 78 million dogs as pets.

Most of those dogs are sweet and loving. But some are overly protective or aggressive.

While millions of people adore their dogs and treat them like members of the family, there remain those who are afraid of dogs or who have had bad encounters with them.

These encounters may be the fault of the dog, the owner, or the injured. Regardless, everyone has an opinion about dogs and whether they are inherently bad depending on the type of breed they are, or whether their behavior reflects on the training or lack thereof provided by the owner. Various cities and states have even established regulations concerning dogs, and insurance companies have had their own issues.

In the 1990s, bad dogs were the bane of personal lines underwriting. Carriers commonly maintained lists of specific breeds that were not eligible for a homeowner’s policy if the insured that particular type of dog. The list commonly included:

The thing all these breeds have in common is size and strength. What’s more, highly-publicized violence involving these breeds have instilled public fear and outcry over these “bad dogs.” As a result, many states now have legislation banning certain dog breeds.

Breeders were of course in an uproar. They objected to labeling the breeds in question, and insisted there are no bad dogs, only bad dog owners.

Analysis brought to you by the experts at FC&S Online, the unquestioned authority on insurance coverage interpretation and analysis for the P&C industry. To find out more, visit www.nationalunderwriter.com/FCS

The American Society for the Prevention of Cruelty to Animals (ASPCA) states that dogs may behave in certain ways by virtue of training and socialization or lack thereof, in combination with certain predispositions.

The ASPCA has specific recommendations once an animal has been determined to be a dangerous dog:

Have the dog evaluated by an animal behaviorist and complete any recommended training.
Spay or neuter the animal.
Secure in a humanely confined area that prevents escape or unsupervised contact with the public, and allows the dog adequate exercise and provides protection from the elements.
Direct supervision by someone 18 years old or older whenever the dog is on public property.
Restraint on a leash whenever the dog is in public.
Muzzling in a manner that prevents the dog from biting people and animals but does not injure the dog or interfere with vision or breathing.
Over time positions changed so that concern is more about an aggressive dog based on the dog’s behavior instead of the breed of the dog.

When dogs bite, bills pile up

Claims for dog bites can not only be expensive, they can exceed policy limits. The result is that historically, many carriers have refused to write homeowners policies to the owners of black-listed dogs. In addition to simply denying coverage to the insured unless the applicant got rid of the animal, carriers would also non-renew policies when a dog bite claim had occurred in the presence of a restricted dog.

Consider that in 2015, dog bites were the cause of more than one-third of all homeowners’ liability claims, and bites can account for more than $37,000 per claim.

According to the Insurance Information Institute (III), the total cost to the insurance industry in 2015 was more than $570 million.

The Centers for Disease Control (CDC) states that approximately 4.5 million dog bites occur each year, with one out of five bites becoming infected. Children from ages five to nine are the most likely to be bitten, followed by men.

Like a bad joke, postal workers truly do get bitten frequently. A recently U.S. Postal Service study found that 6,755 postal workers were attacked by dogs in 2016, an increase of 200 attacks over 2015. It follows that the Postal Service now provides carriers with an app to warn them of potentially hostile dogs along their delivery route.

Most dog bites occur at home with the family pet. (Photo: iStock)

Euthanasia and permanent confinement are seen as extreme, last ditch remedies when a dog attacks without provocation, causing serious injury or death. Other times, a behaviorist who has personally evaluated the dog determines that the animals poses a substantial risk, and that no other action will make the dog suitable to live safely with people.

The American Veterinary Medical Association has a Task Force on Canine Aggression and Human-Canine Interactions. The task force states that singling out one or two breeds of dogs as aggressive ignores the true scope of the problem. The task force also points out a number of things about statistics:

Numbers will be skewed towards popular large breeds; larger breeds can cause more damage, and if a breed is popular there are simply more of them.
Small dogs can also bite and cause serious injury.
Mixed breeds are often mislabeled as purebreds.
Individuals misidentify dogs by breed.
Reporting of bites is not accurate
The actual number of dogs of a particular breed in a community is impossible to calculate as not all dogs are licensed.

This group shares the aforementioned concerns about breed specific legislation, how a dog is determined to be dangerous, and what steps should be taken once that happens.

Some states have dangerous dog registries where the dog and the owner are listed as known dangerous dogs. Virginia, for instance, has a Dangerous Dog Registry that anyone can search by city, county, dog tag, dog name, owner address or zip code and obtain a list of registered dogs declared dangerous by local courts.

Underwriters are on the front line of the dog issue. They are the ones to determine whether or not a homeowner application is approved when a dog is present in the household.

First the underwriter is going to adhere to company standards. But an underwriter cannot just rubber stamp a poodle because it’s not considered to be a “dangerous dog.” The underwriter should gather some key information; gender and age of the dog; is the yard fenced in, is the dog taken out for walks, is the dog neutered or spayed, has the dog had any obedience training? Also does the dog have any history of biting or aggressive behavior? A potential insured may not disclose such information, and this is where the state registries become helpful. If the state has a registry that should be checked in order to be sure the dog has not been listed as a dangerous dog by the state.

Public opinion is strong when it comes to dog breeds. There are those who see certain breeds as inherently dangerous, and others who see those same dog breeds as well-tempered when trained properly.

The ultimate truth is that the larger the dog, the more damage it can inflict. What’s more, a dog that has not been properly trained and handled will always presents a biting danger.

Analysis brought to you by the experts at FC&S Online, the unquestioned authority on insurance coverage interpretation and analysis for the P&C industry. To find out more, visit www.nationalunderwriter.com/FCS