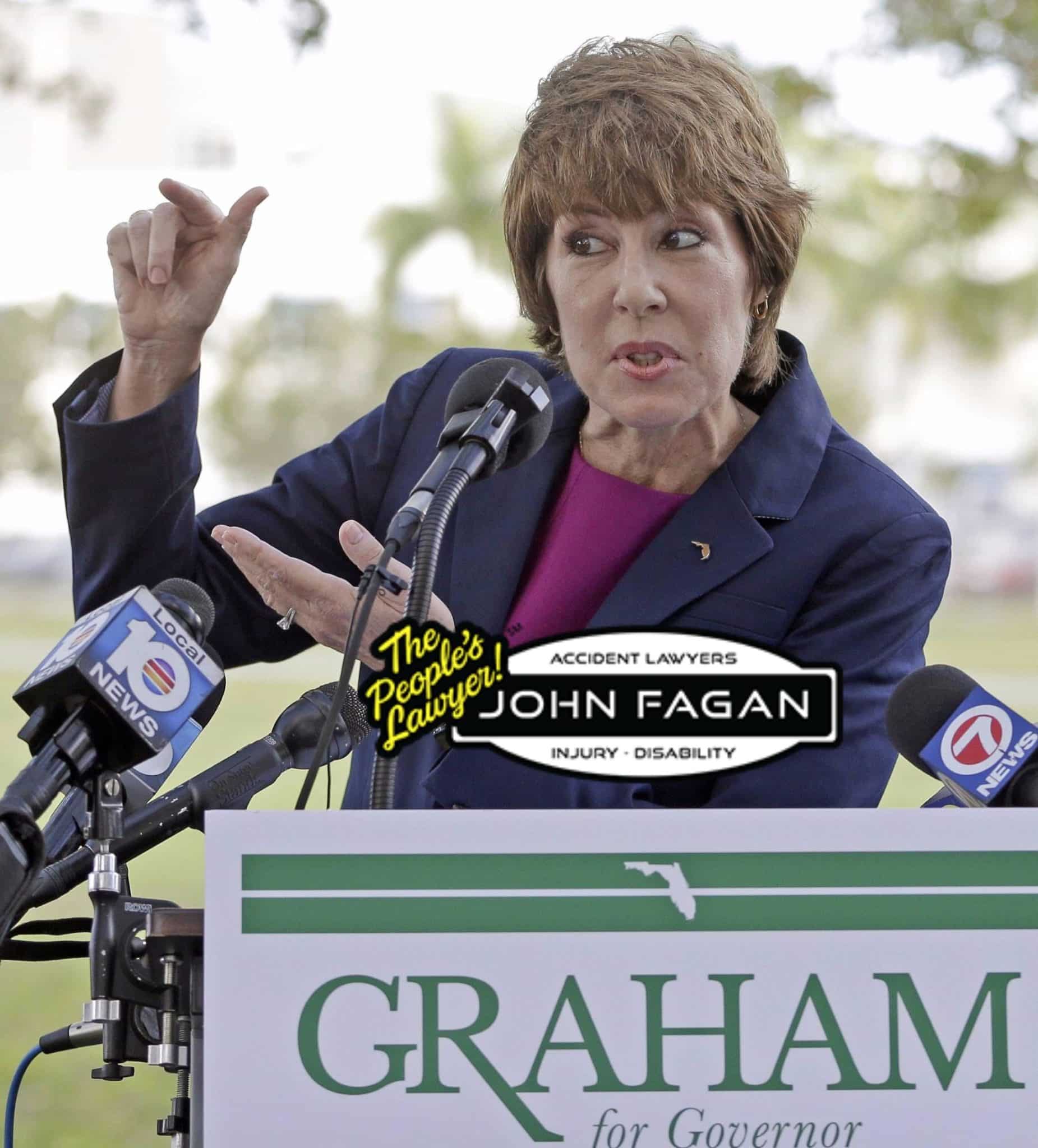 The race for Florida governor is getting crowded, more potential candidates are considering the race and there’s still plenty of time for a surprise who could upend expectations.

Two big names, both from longtime Florida families that are pillars of the state’s Democratic and Republican establishments, made their candidacies official this week.

Agriculture Commissioner Adam Putnam filed paperwork to run for the Republican nomination and plans a formal kickoff Wednesday in Bartow. Former U.S. Rep. Gwen Graham announced her candidacy for the Democratic nomination at an event in Miami Gardens.

When Graham arrived at her event, she offered mock wonderment at the phalanx of television cameras. “Something going on today?” she asked, even though the Graham and Putnam announcements had been long expected.

The deadline to qualify for the ballot is more than a year away, in June 2018. The Democratic and Republican primaries follow in August. And the general election is that November — 18 months away.

The last time there was an open seat with no incumbent, in 2010, Rick Scott didn’t enter the race until April of the election year. He went on to shock the Republican establishment by defeating then-Attorney General Bill McCollum in the primary and then won the governor’s office in November.

Two other Democrats have been in the governor’s race since early March: Tallahassee Mayor Andrew Gillum and Winter Park businessman Chris King.

Putnam is the only major Republican in the race. Other possible candidates include state House Speaker Richard Corcoran of Land O’Lakes and state Sen. Jack Latvala of Clearwater.

Broward businessman Ron Bergeron said this week he’s likely to decide by the end of the summer if he’ll run but added there’s no rush.

“It’s going to be extremely competitive. And I think for someone to be taken seriously, they need to gear up their campaign now. There won’t be room to get in late this time because you have some people with name recognition and potentially some people with big money,” said Sean Foreman, a political scientist at Barry University. “The early birds are going to get a lot more attention and really squeeze out anyone who is wavering.”

However, he added, someone who has enough personal wealth to self-fund a campaign without having to rely on campaign contributions could make a late entrance and shake up the race.

Graham and Putnam are well known to longtime party activists.

Both can raise truckloads of campaign cash. (Putnam’s political committee, Florida Grown, raised
$3.7 million in the first quarter of 2017. Graham transferred $250,000 from her congressional campaign account to her political committee, Our Florida, to jump-start its operations. Our Florida is run by Graham’s decadeslong friend, Stephanie Toothaker, a Fort Lauderdale lawyer.)

Both have served in Congress — Graham for a single term; Putnam rose to the top echelons of the House Republican leadership.

What isn’t known, by the candidates or anyone else, is whether that kind of resume will resonate with voters in an era in which Donald Trump exploded on the scene to win the presidency, and Bernie Sanders generated massive excitement and loyalty even as he went on to lose the 2016 Democratic presidential nomination.

The two candidates who are most outside the system, Republican Bergeron and Democrat Morgan, have similar catchphrases. Bergeron said he wants to be the “people’s governor.” The slogan for Morgan and his personal injury law firm is “for the people.”

Foreman said Democrats face a choice. “The Democratic Party in Florida is trying to reinvent itself and determine whether to pursue a more progressive path or try to stick with more traditional campaign tactics,” Foreman said.

Among the questions Foreman said Democrats face: Does the Graham name — her father Bob Graham is a former governor and former U.S. senator — mean much? He hasn’t been in the Senate since 2005, and Florida has had many newcomers since then. Can Gillum generate excitement among the Sanders wing of the party? Will the party give every candidate an even shot, or will it tip the scales in favor of one contender before the primary as it did in 2010?

Graham’s announcement at Carol City Park in Miami Gardens was laden with symbolism and family history.

In the background was Carol City Senior High School, where Graham spent a “work day” on Monday, helping to teach a class and serving food in the lunch room. At the school, Graham said she found a way to curry favor with the students: On the lunch line, she dished up eight meatballs per student instead of the six she was supposed to serve.

Graham promised more money for education and roads. She vowed to diversify the state’s economy beyond tourism and agriculture. And she said she would oppose oil drilling off Florida’s coasts, ban fracking for oil.

Putnam, a fifth-generation Floridian from a Polk County family of ranchers and citrus growers, can conjure up plenty of symbolism of his own, when he announces in his hometown Wednesday.

“I consider myself one of the luckiest people in the world because I get to call Florida home. It’s our responsibility as Floridians to keep our economy at work, to increase access to high-quality education, to fiercely protect our personal freedoms, to keep our state safe, and to welcome our veterans home with open arms,” Putnam said in statement about his candidacy.

As commissioner of the Department of Agriculture and Consumer Services, Putnam, 42, has promoted Florida produce, meat and seafood and is in charge of investigating consumer complaints. The department also manages 1 million acres of forest and fights wildfires.

Among his priorities in recent years has been protecting the state’s water supply, cracking down on credit-card skimmers illegally placed in gas pumps and fighting citrus greening, a bacterial disease that kills citrus trees and has been blamed for a steep loss of orange production.