Florida Justices To Weigh In On Red Light Cameras 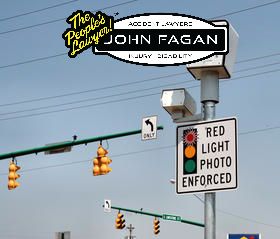 The Florida Supreme Court will weigh in on red light cameras after the Legislature decided not to pull the plug.

After getting tagged by a red light camera in Aventura, motorist Luis Torres Jimenez accused the city of giving a private company, “unfettered discretion.”

The Third District Court of Appeal didn’t agree with Jimenez, but other appellate courts do, and the Florida Supreme Court is agreeing to step in.

The Florida House voted 91-22 earlier this year to ban red light cameras but a companion measure died in the Senate. Supporters say the cameras reduce red-light running and save lives. But critics call them a money-making scam.