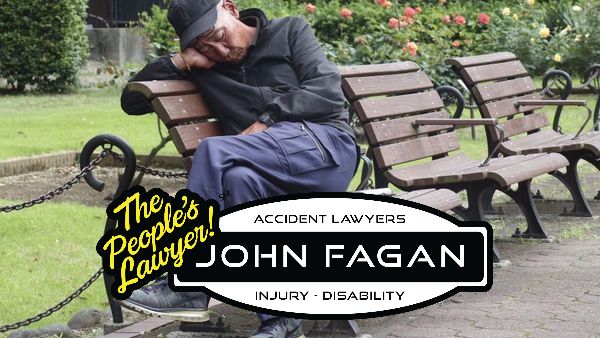 A man takes a nap on a bench in the Hibiya park in Tokyo, Thursday, June 8, 2017. (AP Photo/Shizuo Kambayashi)
(Bloomberg) — In the past several weeks alone, elderly Japanese drivers have been wreaking havoc across the country: breaking through median barriers into oncoming traffic, plowing over pedestrians crossing the road, and smashing into other cars. In all these cases, somebody was killed.

And as Japan’s population continues to age — meaning more and more older drivers are behind the wheel — the problem is only getting worse: Drivers aged 75 and over were connected to 459 fatal accidents last year, 13% of Japan’s total, up from 7.4% a decade earlier, National Policy Agency data show. Stopping the carnage on the roads is an “urgent problem,” the agency said in a statement.

“Preventing road accidents caused by changes in the physical condition of drivers is an urgent issue that needs to be dealt with,” Mineko Baba, of Keio University’s Center for Integrated Medical Research, wrote in a research report last year. “Laws and society haven’t caught up to the situation of the rapidly increasing number of dementia patients.”

Currently, one-quarter of Japanese are 65 or older, and the proportion is forecast to reach 38% within five decades.

In one of the worst recent incidents, last October an 87-year-old man crashed his light truck into a group of children walking to school in Yokohama, killing a 6-year-old boy and injuring two others. This year in June, a 74-year-old woman killed a man driving the other way in Fukuoka after jumping the median. Just this past weekend, two people in their 80s were killed when their car collided head-on with a large truck inside a tunnel in Gifu prefecture, according to local media reports. The truck driver was uninjured. The reports said one of the vehicles likely crossed the center line.

Just this past weekend, two people in their 80s were killed when their car collided head-on with a large truck inside a tunnel in Gifu prefecture, according to local media reports. The truck driver was uninjured. The reports said one of the vehicles likely crossed the center line.

The issue is a “major challenge” for authorities, said Hiroki Sasaki, an accident investigator and former policeman based in the northern city of Sendai.

Efforts to get dangerous seniors off the road

The government is stepping up efforts to get the most dangerous seniors off the road. Changes to the law took effect in March requiring drivers over 75 to take a cognitive test when renewing their licenses or if they commit offenses such as running a red light or turning into the wrong lane. Those who fail are ordered to undergo a medical exam. If they flunk that, they’re stripped of their licenses. As many as 15,000 licenses a year may be forcibly revoked, the National Policy Agency projects.

Despite the carnage wrought by Japan’s seniors, Japan’s overall death toll on the roads has been declining for years, reaching a 67-year low of 3,904 deaths in 2016, police figures show. As a result, the percentage involving elderly drivers has nearly doubled.

Older drivers are also increasingly volunteering to hand over their licenses. Under a program that’s been in place for almost two decades, 345,000 people relinquished their driving credentials in 2016, up 21% from a year earlier. In the first three months after the new law took effect, 1,271 old people a day on average returned their licenses, up from 946 a day in 2016, according to the National Police Agency.

One of them is Katsutoshi Kamei, a 79-year-old retiree from Tokorozawa, west of Tokyo, who gave up his license in November after hearing about the increase in accidents. He said he wanted to stop driving “before something like that happened.”

Incentives to hand over driving papers

Some companies are offering incentives for senior citizens to hand over their driving papers. Elderly people who give up driving in Tokorozawa are offered a year of free transportation on a community bus service that runs throughout the city, plus 20% off purchases at Mister Donut, a unit of Duskin Co. Other perks include a 10% discount on a local home-help service, 10% off taxi fares and even discounts on funeral services.

Banks and insurance companies are also getting in on the act. Bank of Kyoto Ltd. gives a 1 percentage point discount on car loans for anyone living with a senior citizen who has given up the keys. Awa Bank Ltd., on the western island of Shikoku, offers an additional 0.3 percentage point on time deposits for elderly folks who stop driving. MS&AD Insurance Group Holdings Inc. said last month it’s developing an in-car box that sounds a warning if the vehicle goes outside a predetermined area or drives the wrong way and alerts family members via a smartphone app.

Giving up the car keys can be tough for people who live away from public transport or are the only driver in the household. Older people sometimes overestimate their own cognitive abilities, according to researchers. It’s also an issue of independence, of giving up personal freedom and reconciling with old age.

Losing the right to drive and the independence that accompanies it may also hasten physical decline and contribute to dementia, said Hiroshi Takahashi, a former professor of welfare policy at the International University of Health and Welfare Graduate School who advises governments on elderly care. Policies should encourage innovation to give seniors more options for mobility, such as self-driving cars, he said.

“The government is restricting their movements without giving alternative mobility options, which makes it really difficult for them to stop driving,’’ he said.

Takao Inui, an elderly resident of Tokyo’s Shibuya district who drives a Suzuki Cruze, said he uses his car about once a week for shopping or when his wife needs to go somewhere, and has no plan to give up for perhaps three years. While public transportation is readily available, he prefers to drive.

“I’m aware that at 77, things are starting to get dangerous, so I’m very careful when I drive,’’ he said. “If I got sick or something scary happened, then I’d have to think about it — although I guess that might already be too late.’’

Kamei, the 79-year-old retiree from Tokorozawa, now relies on his 69-year-old wife to drive him around.