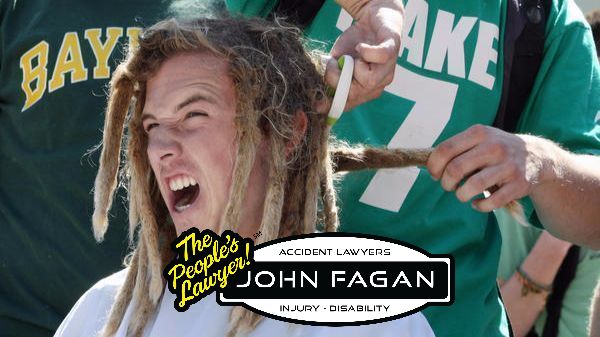 The Equal Employment Opportunity Commission is suing the Lakeland-based grocer, alleging religious discrimination for telling a new hire to cut his dreadlocks to work there.

The EEOC is seeking injunctive relief, as well as back pay, compensatory and punitive damages, in Tennessee federal court.

“Usher told the manager he could not cut his hair because of his religion and asked if he could wear his hair in a hat,” a release from the EEOC said. “Management refused to allow the hat or any other reasonable accommodation, and he was forced to quit before his first day of work.”

Publix has been criticized in the past for its strict grooming code that requires men to wear clean-cut hairstyles and eschew beards. In 2015, an online petition to allow beards at Publix gathered more than 16,000 supporters, but the facial-hair doctrine remained.

Publix said it does not comment on pending litigation, but did offer a response.

“At Publix, we value and appreciate the diversity of all of our associates,” the statement from Publix spokeswoman Maria Brous said. “We work to provide environments where known religious beliefs and practices of our associates and applicants are reasonably accommodated. As I’m sure you can understand, it would be inappropriate for us to comment specifically on this case, as it is pending litigation. However, please know that we are dedicated to the employment security of our associates and that we regularly provide accommodations to associates due to their religious beliefs, as required by law.”

It’s not the first time a company has faced legal issues over dreadlocks.

Federal courts have also ruled that banning dreadlocks is not racial discrimination during the hiring process. The Safeway grocery chain was sued and settled in 2011 a suit over dreadlocks.

The EEOC also sued a Disney World contractor, HospitalityStaff, in 2016 on behalf of a Rastafarian cook allegedly fired for having dreadlocks. HospitalityStaff settled the case for $30,000. As part of the settlement, the contractor also agreed to conduct religious-discrimination training, change policies to protect employees from religious discrimination and make yearly reports to the EEOC.

In the case against Publix, the EEOC said in the lawsuit involves a potential employee’s “sincerely held religious belief.”

“Management officials have a responsibility to consider all reasonable requests to accommodate employees’ religious beliefs and practices,” said a statement from Katharine W. Kores, district director of EEOC’s Memphis District Office. Publix is a privately traded company owned by current and former Publix employees and directors.

The case has similarities to a 2015 U.S. Supreme Court ruling that said teen retailer Abercrombie and Fitch was wrong for not hiring an American Muslim teen who wore a hijab. Abercrombie said the hijab did not fit Abercrombie’s “look policy.”

Rastafarianism, an Abrahamic religion, requires adherents to not cut hair based on a line in the Old Testament’s Book of Numbers, which says with certain religious volunteers “not a razor shall come upon his head.”