Drivers Slammed With Top-3 US Rates 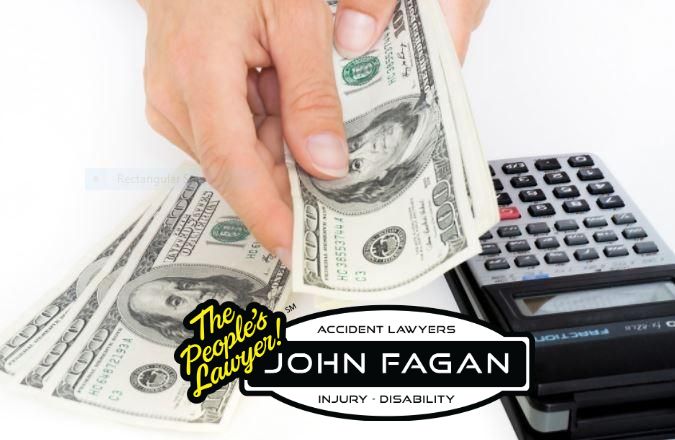 Florida drivers now face the third-highest insurance bills in the nation, two new surveys show, as lawmakers consider again in 2019 whether to repeal a no-fault car insurance system widely criticized for high costs, fraud and inefficiency. Ending it, a state study found, could save drivers $81 per car or close to $1 billion a year.

It gets worse in Palm Beach County. From Jupiter to Palm Beach Gardens to Wellington to Delray Beach, drivers consistently pay even more than the already high state average, according to valuepenguin.com, a website that helps consumers compare financial products.

In Lake Worth, the average annual premium in its survey hit $2,191 a year, or 38 percent more than Florida’s average.

Will lawmakers act? Repeal bills passed overwhelmingly by the Florida House to end the Personal Injury Protection, or PIP system, in the past two years have died in the Senate.

“Based on the conversations President Galvano has been having with senators about issues they are interested in, he believes there is an appetite in the Senate to look at insurance issues like assignment of benefits, workers’ compensation and PIP,” spokeswoman Katie Betta said. “Because it is still very early and he would like senators to have the opportunity to develop legislation and work it through the vetting that takes place during the committee process, he does not plan to offer specific comments beyond that at this time.”

A transition spokesman for Governor-elect Ron DeSantis did not respond to a request for comment.

State Rep. Erin Grall, R-Vero Beach, is expected to file a repeal bill similar to those that passed the House by large margins the last two years, though her staff said she was not available for comment during the holidays. Committees have begun meeting in preparation for the 60-day session that starts in early March.

Meanwhile, another survey released in November found Florida moved up to No. 3 from No. 5 among the states for most expensive car insurance. The costliest, Michigan, joins Florida among a handful of states with a no-fault car insurance system, noted the study at insure.com, a consumer insurance website. That means drivers are required to buy medical coverage on their car insurance to cover their own injuries regardless of who is at fault in an accident, no matter how much coverage they already have from work health plans, Medicare or other sources.

Driver Dick Natalizio of Palm Beach Gardens, a retiree who once owned an insurance agency in Wisconsin, calls PIP “absolutely ridiculous.” He said he is trying to reach out to state leaders to urge them to take action this session. He does not see why drivers with Medicare, for example, should be forced by Florida’s government to buy $10,000 of PIP.

It is coverage he does not want or need, yet it drives up his premium even if he never gets in an accident because insurers set PIP costs based on his region, he said.

PIP is not the only factor in the total insurance bill, but its rates have been rising faster than overall premiums, jumping 25 percent between 2015 and last year, The Palm Beach Post reported.

For the last two years, the Florida House has passed a bill to eliminate the PIP system. It would save drivers up to $81 per car or about $1 billion collectively, a state-commissioned study by Pinnacle Actuarial Resources Inc. found in 2016. That’s a net savings after the House bill requires drivers to carry bodily-injury liability insurance, which nearly every state requires and most Florida drivers already have.

For now, though, Florida remains one of two states that do not require BI coverage, meaning it does not ask drivers to take responsibility for injuries to other people.

This accounts for industry surveys that show up to 26 percent or more of Florida drivers are “uninsured.” That does not necessarily mean these drivers have no insurance at all. Florida allows drivers on the roads carrying only minimal coverage including PIP. It means they don’t carry insurance that makes them responsible for injuries to others.

“For the life of me, I don’t see the purpose of PIP,” Paul Davidson of Boynton Beach said last year. A driver hit him on his bicycle on A1A sent him flying 60 feet.

“My lip was ripped up to my nose,” he said. “Two of my teeth were missing. I was knocked unconscious.”

But Florida’s system did not require the driver to carry any insurance that helped pay for his hospitalization and recovery, he said. He was forced to use his own insurance and out-of-pocket spending for tens of thousands of dollars, he said.

Repeal legislation has stalled in the Senate under heavy lobbying by industry interests, including hospitals, medical providers and clinics, as well as specialty insurance companies and lawyers who make their living on PIP.

Trial attorneys have supported the House bill, but lobbyists for big insurance companies have clashed with attorneys over lawsuit reforms affecting several kinds of insurance. Car insurer representatives urged members of a Senate committee to vote no on legislation that effectively killed PIP repeal hopes at the end of the last session.

Keeping PIP, or requiring “medical payments” coverage in its place, means “at least there will be some coverage for patients in the emergency room,” Jeff Scott, general counsel for the Florida Medical Association, has argued.

Requiring “medical payments” coverage essentially repackages PIP, and still forces drivers who don’t need it to pay for it. It wipes out driver savings, the Pinnacle study found.

Most states have rejected or abandoned no-fault systems. Colorado drivers saved 35 percent on their overall car insurance bills after dropping such a system, an actuarial study showed.

With each year under a no-fault system, Florida drivers keep paying the price.

Florida created PIP the 1970s with visions of lowering costs and avoiding lawsuits. Instead, PIP has produced a record mountain of more than 60,000 lawsuits in 2017, a stunning rise of close to 50 percent in one year, according to a report from the Florida Justice Reform Institute. Most of these are not filed by ordinary drivers, but medical providers suing insurers to get paid.

What can drivers do? Shop around as best they can for coverage. Online comparison sites, such as the ones conducting the premium surveys, can help. And if drivers want state leaders to do something about PIP, now is the time to speak up.