Car washes becoming as common as rain in the summer 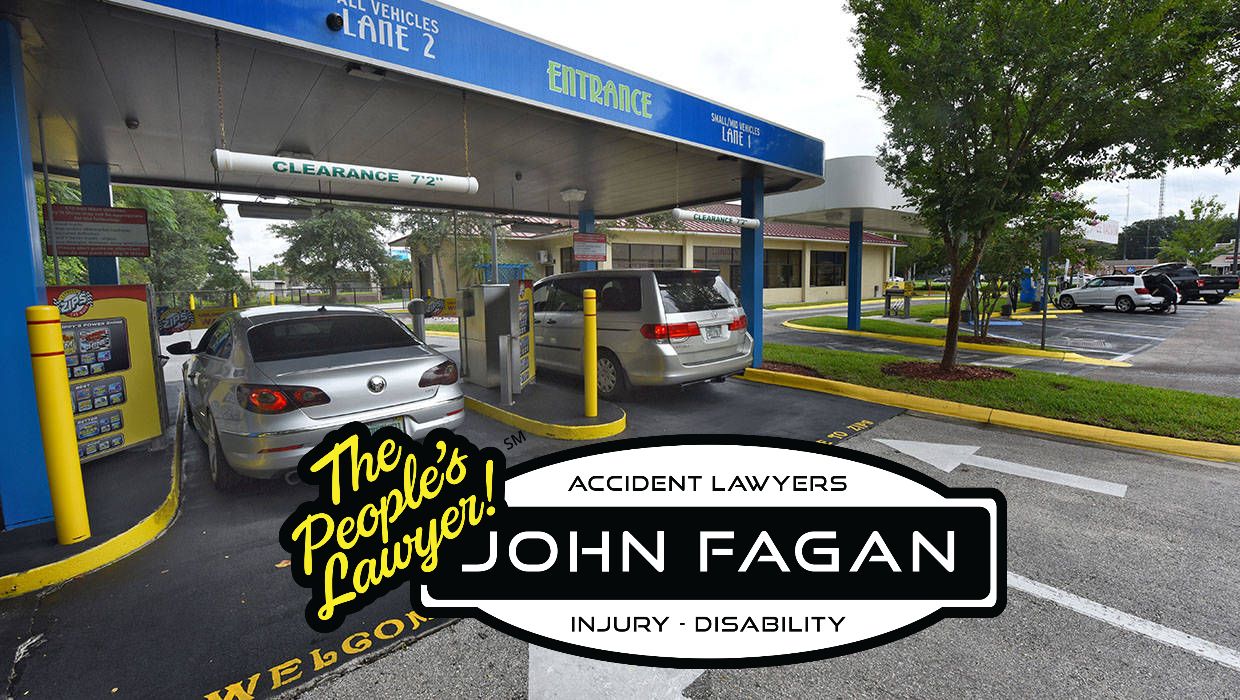 It wasn’t very long ago that car washes were a pretty quiet little business. One here, one here, no big deal. But not anymore.

The old building that housed a clock and music box store on Beach Boulevard is being torn down to make room for a car wash. So is the former bank at the corner of Old Kings and Baymeadows roads.

Those two spots are among the 20 in and around Jacksonville where Gate Petroleum plans to build new car washes. But that’s just part of the changes and money being spent in the business.

Zips Car Wash has bought six in the area in the past eight months and plans to have 12 to 15 here, buying some and building others, in three years.

Prime Car Wash is about to open a new $5 million facility in Mandarin and plans at least four more in the area over the next few years.

Camel Car Wash plans to build one in Arlington and another in Mandarin. GooGoo Express Wash has two planned, including one at the Town Center.

“We knew Jacksonville was a well-kept secret,” said Andrew Jaffa, whose father, Jimmy, got into the car wash business in Jacksonville in the 1980s. “Atlanta has experienced tremendous growth. Houston and Orlando have exploded. Sooner or later Jacksonville was going to get on the radar.

“It’s just too attractive a market growing too fast.”

The Jaffas sold their four express car washes under the CarbuX brand to Zips, but are planning to build a new one on 103rd Street. And it will be an express wash.

First of all, there are three basic types of car washes (four if you count self-serve where you stand and spray your own car.)

With full service, you get out of your car, turn it over to the employees and get it cleaned inside and out, vacuumed, dried and polished right down to the wheels.

With express, you pull up to a kiosk, use your credit card and choose the wash you want and stay in the car as it’s pulled through the tunnel. If you want your car vacuumed, you do it yourself afterward.

Flex is a combination — an automated tunnel wash but with options for interior or exterior detailing.

Flex used to be the most common, but express — which costs around $5 and often takes less than four minutes — is taking over and has been driving much of this expansion. Of every 10 new car washes being built in the United States in the past few years, eight have been express, said Eric Wulf, CEO of the International Car Wash Association.

Gate is building express car washes. That’s what Zips does, too.

“We don’t do inside,” said Zips chairman Brett Overman. “I don’t clean your dashboard, I don’t vaccum.”

The Jaffas had full-service car washes but, for an owner, Jaffa said the express wash is a no-brainer.

“You can run three or four times as many cars through as you can with full service,” he said. “There’s no bottleneck with people not being able to dry the cars fast enough.”

And then there are employees.

“Full service can’t afford to stay open on a rainy day,” he said, “because you can’t afford to pay $150 to $200 an hour for the employees when you have no volume. So what do you do, send them home and then the sun comes
out?

“And then there’s stick shifts. I can’t tell you how many accidents we had with those.”

Part of the reason for the sudden interest in Jacksonville appears to be coincidence. Gate first revealed its plans for 20 car washes late last year but it, after all, is based in Jacksonville.

That was about the time that Prime Car Wash turned its attention to Jacksonville. It’s based in Indianapolis, Ind., where it had three locations and just broke ground on a fourth.

But it was looking to grow in new markets and entered into a partnership with a Central Florida company. They started looking for a Florida place to start growing and picked Jacksonville.

“Jacksonville was underserved and it set up well for us,” said Bobby Hatfield, CEO of Prime. “It was pretty interesting that Gate happened the same time we made our decision.”

But Prime is more of a flex service with some interior cleaning, not the express that Gate is building.

Zips is based in Arkansas, but bought its first Florida location in Boynton Beach 2011. It now has six in the area and 82 locations in nine states, including 14 in Florida.

Overman, the company’s founder and chairman, said the business was just a passive investment when he bought it 10 years
ago.

“But I realized about two years ago that we were really onto something,” he said. “We had a strong management team, the brand was getting better. And if you think about it, we’ve never really had a nationally branded car wash company.

So he’s gotten agressive, with plans to buy 45 this year alone.

It was actually a private equity firm, Store Master Funding, that bought the four car washes from the Jaffa family for $13.6 million. Zips is leasing them. Overman said some of his acquisitions are through equity firms, others are strictly in-house.

But private equity has become a big player in the business, both Hatfield and Jaffa said.

“Every aspect of the business is being gobbled up,” Jaffa said. “The equipment makers, the suppliers, installers, maintenance. It’s crazy.”

And it is not an inexpensive business to get into. Prime’s partner paid a little more than $1 million for almost 4 acres on San Jose Boulevard in Mandarin. The total investment is right about $5 million, Hatfield said.

Opening is planned for September.

The plan is to build a total of five in the area, he said, and then reassess the situation to see if there’s room for more.

“Car washing in general,” he said, “I don’t see it going away. Even if more brick-and-mortar stores closed, Americans are still going to be driving their cars somewhere.”

Jaffa said the introduction of memberships will help keep the business going.

“Right now, you have people who aren’t washing their cars,” he said. “But if you have option of spending $30 a month and getting your car washed as often as you want …

“In five years,” Jaffa said, “the landscape will be completely different. Every corner that doesn’t have a car wash will have one.”