Can I Sue If I Was Injured on an Airplane? -John Fagan Law- 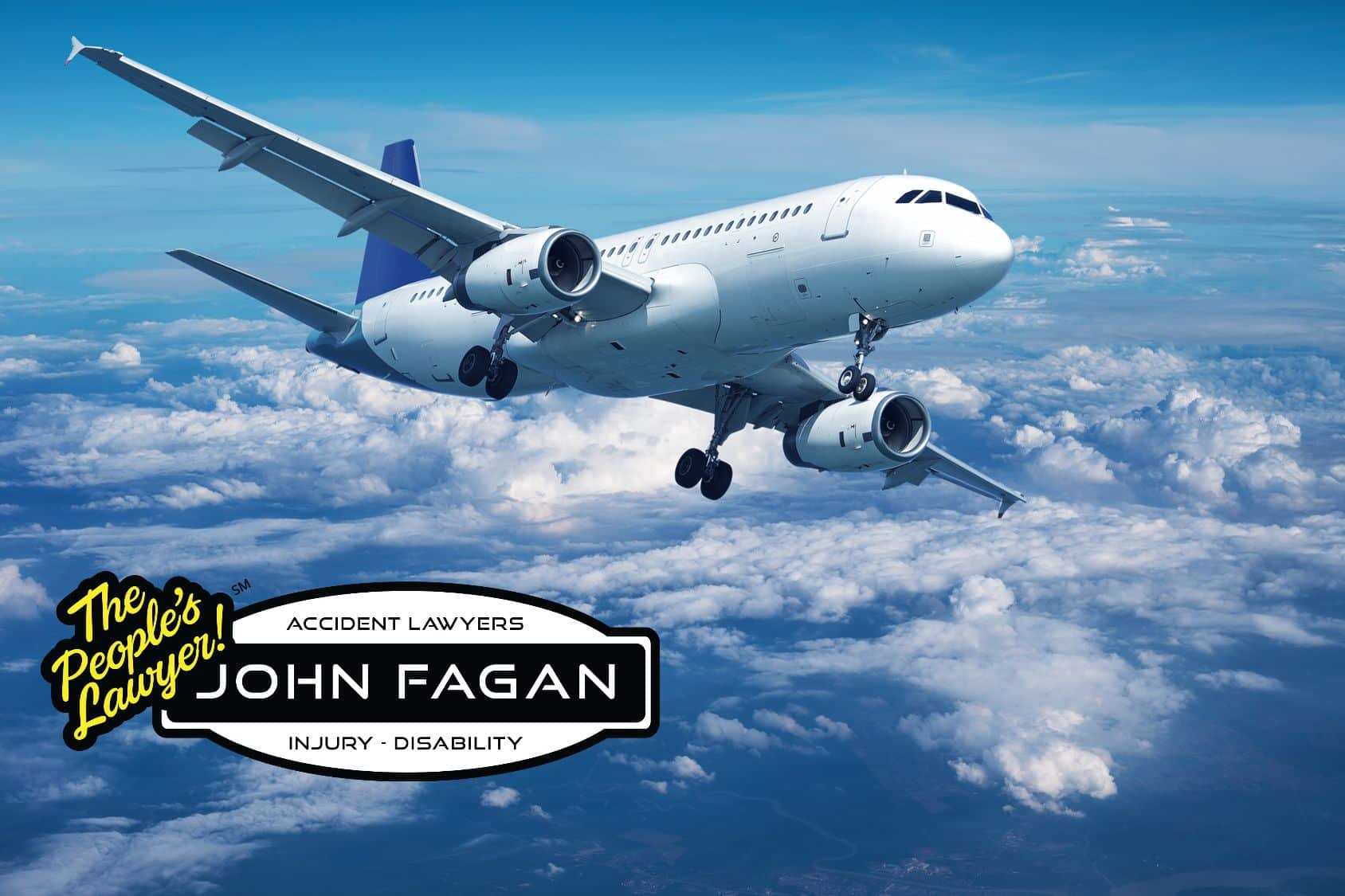 When people think of airplane accidents, it is likely they imagine the tragic, dramatic crashes that injure or kill many people at once. However, it is possible to become injured on an airplane that hasn’t crashed, simply through the negligence of the pilot or other airplane staff. A number of airline passengers each year suffer minor, severe or sometimes fatal injuries caused by events in-flight. Passengers who are injured in-flight may have legal claims against the airline, the airline’s employees, aircraft and equipment manufacturers, or even the Federal Aviation Administration (FAA).

Many in-flight injuries are caused by luggage falling from overhead bins. Rolling food carts can injure seated passengers by ramming shoulders, elbows, etc. Additionally, these carts can injure passengers who are moving about the cabin. Slip and fall accidents can also occur while passengers are moving about the cabin. Severe turbulence can cause in-flight injuries if the pilot or other staff fail to warn passengers that they need to sit down and fasten their seat belts. According to the FAA, almost 58 passengers are injured each year due to turbulence while not belted in.

Who Can Be Held Liable for In-Flight Injuries?

Airlines are considered common carriers. This means that they owe a high standard of care to their passengers. Because of this, they can be liable for damages if they fail to properly train their staff. This standard of care extends to all staff members as well. An airline employee can be liable for injuries caused by negligence. This can include the pilot, flight attendants, ground crew, maintenance staff, and others. A negligent act can include a flight attendant improperly latching an overhead bin, allowing the luggage inside to fall out.

The FAA, which is responsible for controlling air traffic, can be liable for damages if an air traffic controller causes an accident between two planes on the runway. The FAA is a federal agency and special rules and procedures will apply to that lawsuit.

It is also possible that a manufacturer of airplanes or airplane parts can be held liable for damages. If a passenger is injured in an accident caused by a defective piece of equipment or a design flaw, then the injured party may have a product liability claim.

Additionally, there could be several combined factors that lead to an in-flight injury. For help in investigating your claim, it is important to work with an experienced personal injury attorney.