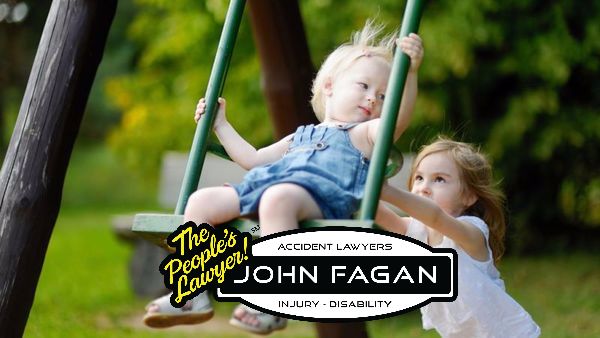 The No. 1 cause of fatal playground incidents? Hanging or asphyxiation. (Photo: Shutterstock)
Now that springtime is here, playground season is in full swing.

Are the kids in the backyard and at the local playground safe?

The U.S. Consumer Product Safety Commission (CPSC) has found that far too often, fun and games on the backyard play set or at the community playground can lead to injuries — and even death.

If your insurance clients have a backyard swing set or other play equipment, the Insurance Information Institute recommends homeowner policyholders consider increasing liability coverage through an umbrella policy in case someone is injured while playing on an insured’s property. Standard homeowners’ policies usually provide $100,000 to $300,000 worth of liability coverage.

Related: Playground risk: Not all fun and games

Most insurance companies offer a personal catastrophe liability (PCL) policy that adds an extra $1 to $5 million to homeowners’ liability limits for about $200 more per year.

It’s not unusual to hear of $1-million, $2-million, and even $10-million liability judgments against individuals. If someone is injured in a client’s backyard, they could be hit with such a judgment. Accidents and injuries aren’t predictable, and once a client is the target of a liability lawsuit, it’s too late to get coverage.

In order to encourage a fun and safe summer, following is an overview of where play equipment injuries happen, data about the types of injuries sustained and a helpful list of some playground safety recommendations to share with insureds:

Homes and restaurants are the most frequent locations for playground equipment incidents. (Photo: Shutterstock

Related: 15 preventable homeowners’ insurance claims and how to avoid them

The No. 1 cause of fatal playground incidents? Hanging or asphyxiation.

Related: 20 sports that cause the most injuries

There were two investigated deaths related to drowning. In both cases, the child fell or slid down a non-pool slide into a swimming pool.

Monkey bars and swings account for the majority of the total play equipment injuries. (Photo: Shutterstock)

Monkey bars and swings account for the majority of the total play equipment injuries resulting in emergency department-treated injuries, although slides account for one-fifth of the injuries.

Here’s the breakdown of playground equipment linked to the most injuries, according the the CPS::

The two most commonly injured body parts from playground accidents are the arm and head. (Photo: Shutterstock)

Related: Summer can be the riskiest time of year

The two most commonly injured body parts are the arm and head, which together accounted for 59 percent of all injuries. The leg and face were injured 31 percent of the time.

Playground safety tipsAlways supervise kids and make sure kids use playground equipment appropriate for their age.
Never attach ropes, jump ropes, pet leashes or strings to playground equipment; children can strangle on these.
Make sure children’s clothing does not have any drawstrings as they can catch on slides and other equipment.
Make sure surfaces around playgrounds have 9-12 inches of wood chips, mulch, sand, pea gravel, or mats made of safety-tested rubber.
Check that protective surfacing extends at least 6 feet in all directions from play equipment. For swings, be sure surfacing extends, in back and front, twice the height of the suspending bar. Look out for tripping hazards, like exposed concrete footings, tree stumps, and rocks.
Don’t let kids play on slides/surfaces that are burning hot. The weather does not have be 100 degrees in order for equipment to heat up and cause burns. If it feels hot to your hand, it may be too hot for a child’s bare skin!