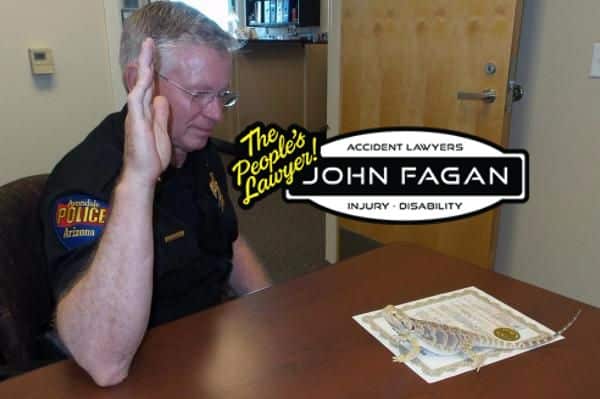 “April 16 (UPI) — An Arizona police department shared photos from the swearing-in of its newest and most unusual officer — Iroh the drug-sniffing lizard.

Iroh, a bearded dragon that first came to the Avondale Police Department last April as part of a pilot program, was officially sworn in Thursday by Chief Dale Nannenga and photos of the ceremony were posted to the department’s official page on Facebook.

“Iroh got sworn in today by Chief Nannenga, Iroh is official!” the post said.

The department said Iroh was originally brought in after officials reviewed research indicating reptiles have a strong enough sense of smell to make them more effective than dogs at detecting some types of narcotics.