Abusive Defense Attorney Tactics: How to Fight Back 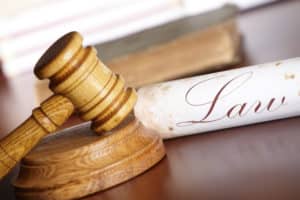 something he shouldn’t. An experienced personal injury lawyer in Jacksonville will know how to push back against such tactics.

One such tactic is when the defense attorney asks you and your personal injury lawyer in Jacksonville to go “off the record,” meaning anything said will not be taken down by the court reporter. This has no benefit to you; it just allows them to make inappropriate remarks or push you in certain directions without it being recorded.

Some defense attorneys try the tactic of asking the same question in multiple ways to get the answer they want or to make the witness eventually contradict themselves. Another reason is that asking the same question multiple times makes the witness likely to add unnecessary details or facts. If this occurs, your personal injury lawyer in Jacksonville will try to push back. Your lawyer might say, “You have asked my client that question many times, and she has already answered in detail.” Your personal injury attorney in Jacksonville might then instruct you not to answer the question again until the opposing attorney moves on to another question.

Don’t go into your deposition without expert help from an experienced personal injury lawyer in Jacksonville. Call John Fagan at 904-278-1000.